Lunch at the castle!

After we ate with the princesses in Epcot, Meredith was hell bent and determined to have lunch at the castle. She started asking to do that as soon as we got to Disney. We had it planned for the last day. In hindsight that was not the best plan. By then she was so tired we could of eaten in a dumpster and she would not have cared less. Although she was thrilled when we got there.

Finding out we are going in the castle! 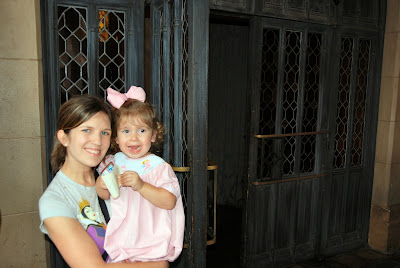 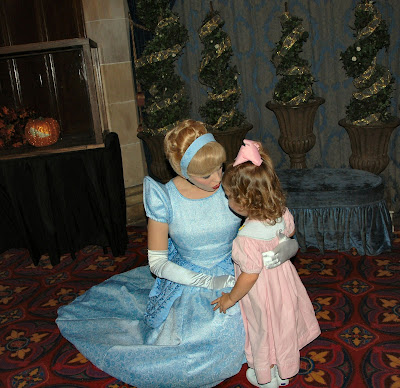 Mom don't we just look like princesses....do you see the princess wave with the cupped hand. My girl is so prepared. 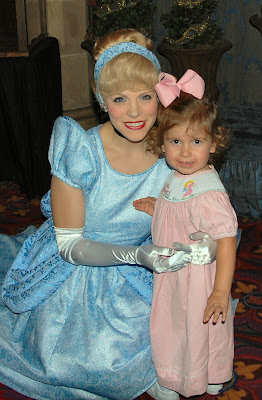 Hugging her good-bye. This was her last visit with Cinderella, we would be home by this time the next day. 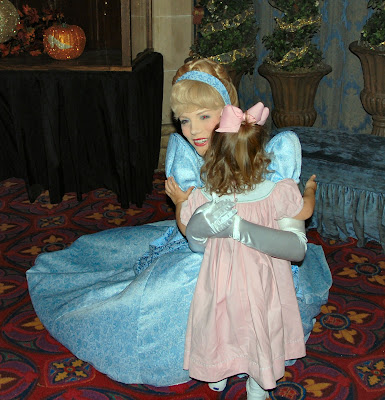 The magic wand she recieved. It was probably worth a nickel, but it came free. Well let me rephrase that it was free with the purchase of your very expensive lunch! 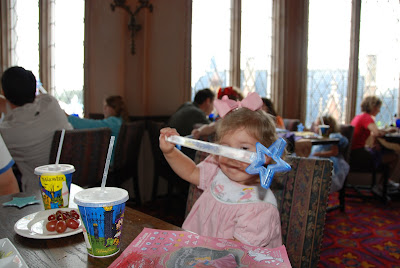 Telling Snow White she had a bow on too! Thanks to Snow White, Meredith may wear bows until she goes to college now! I hope so! 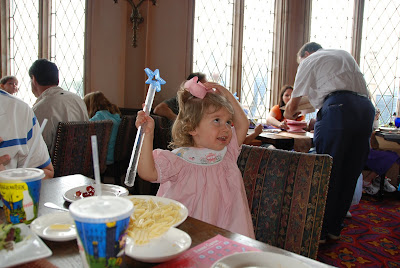 Snow White, much prettier than the other one, in my opinion. She loved Meredith's dress, thought she was the prettiest princess there. Me too! I was sick of all the princess dresses by then. 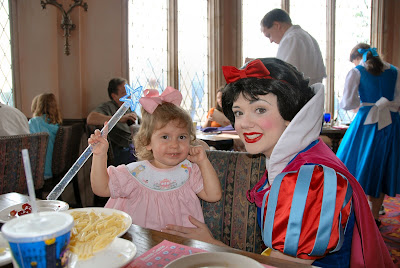 Here she is telling Aurora she had a pink dress on just like her. Oh and see my shirt....Snow White loved it! 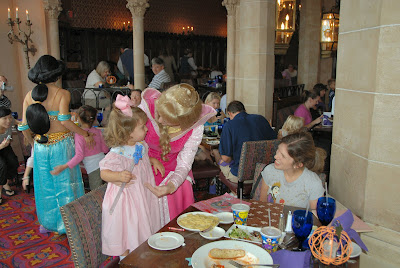 So sad that she won't be eating with princesses for a while. 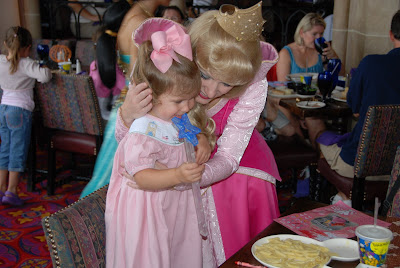 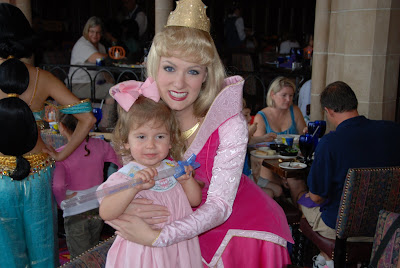 Email ThisBlogThis!Share to TwitterShare to FacebookShare to Pinterest
Labels: all things Meredith, disney