Throw me something Mister!!!

Despite our numerous attempts to make it back to Nola so that our kids could experience a parade this Mardi Gras....things just did not work out......cough kidney stones cough! We also didn't make it down the year before because I had a newborn and the weather was yuck. So it has been a while since we have ventured to a parade. We made plans to head to the Irish/Italian parade put on by our Catholic church. The weather was awful, but that was not going to deter us for once we were all well.....we definitely were not passing up this rare opportunity.

Meredith does not remember her first parade since she was barely a year old so this was a new experience to her and Noah's first parade ever. Just look how different they are.....

Meredith was very leery at first, clutching her ears due to the noise and making sure her daddy stayed on the sidewalk and not in the street.....she did warm up and get down and enjoy it, it just took a few floats. 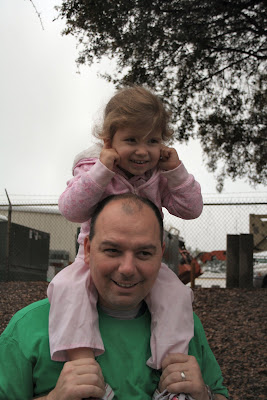 Noah on the other hand, was in the street waiting, dancing, clapping and having a good old time. I think he is a natural parade goer. 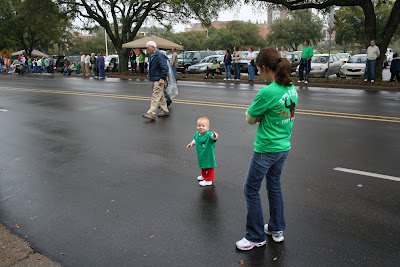 If you look to the left, you can see my little man with his glasses on that he caught from the Buddy Holly float. You can also see how the whole damn town wore green, but Meredith had to wear pink.....big surprise. 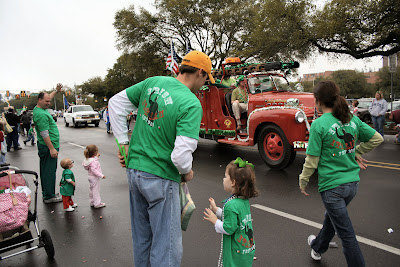 There were 40+ floats and we caught lots of throws, next year we know to bring a bag and not to forget our camera.....thanks Julia for the pictures. 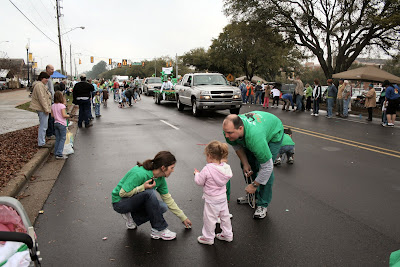