For the fourth year now, Santa has visited our house to make sure the kids were being good and see what was on their list.  It is always interesting to see what I thought was on the list the month or two before when I filled out the paperwork and then what the kids actually had on their list that night.

Apparently I put the kids wanted a trampoline, which is not happening this year.  Thankfully Meredith had no idea what Santa was referring to when he said "I heard you want a trampoline"  because she quickly followed up with "No, I want a pink vacuum."   The vacuum is totally doable this year, the trampoline is definitely not happening!

So here they are with Santa, I'm going to go out on a limb and say Noah was not his biggest fan!  Maybe once he realizes all the toys that big red guy brings he might change his mind...probably not though! 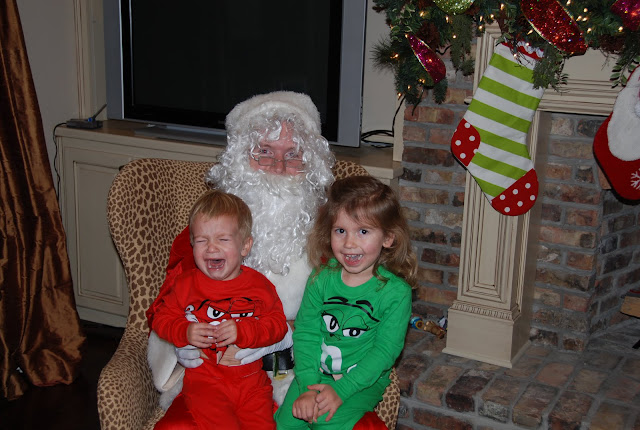 Email ThisBlogThis!Share to TwitterShare to FacebookShare to Pinterest
Labels: all things Meredith, holidays, my little noah