That's right, last night history was made in the NFL as well as in New Orleans.  My long awaited, beloved Saints won their championship game and with that scored a ticket to the Superbowl.  Typing these words seem surreal.  I'm not a big sports person.  I'm not even really emotional about sports and I have NEVER turned on ESPN, even  when my hard working husband has asked me too. ** edited to add-- I am very into Saints football...always have been....always will be....I was a season ticket holder for several years....I love me some saints football...anything else I could take or leave it ya know.....  This week has been a week of first for lots of things....

The game was gut wrenching, emotional and one a hell of a football game.  I held my breath for the entire 2nd half.  I covered my eyes, my ears and cursed loudly.  At one point I considered listening to the game from the lady's restroom so I didn't have to see it.  It was all quickly becoming too much.  But in the end, in a miraculous overtime, in which we freaking won the coin toss and in which our kicker actually got the ball through the goal posts, we did it....who dat say dey gonna beat dem saints....not Minnesota!  not brett favre!


I was elated....here we are mere seconds later! 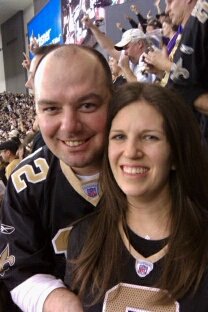 Our day started off great, we met up with some friends headed to the Big Easy for a late lunch, walked a little down Bourbon, and then headed to the dome.

Upon arriving at the dome, it was wild.  More black and gold then you would ever dream off.  The New Orleanians were wild or as they say....crunk  ((v.) mixture of crazy and drunk).  Yes, New Orleanians have added a word to our vocabulary to describe the way of life during a Saint's game.

Our opponent was the Minnesota Vikings and their quarterback Brett Favre, who grew up in South Mississippi and lives a mere 10 minutes away from me.  I am essentially in Brett Country, which made living here the past two weeks a little tough, because I am not partial to Brett at all.  I don't get it, he lives here, but he plays for Minne-freaking-sota.  New Orleans is less then 2 hours away...pull for the home team!  Maybe I don't get it because I didn't grow up here or see him play in college, or maybe I'm just New Orleans through and through, but this city girl didn't feel too bad about winning the game.  Sure they played well, but we came out on top and that's a ball game.  Sorry Brett, but I'm glad my team is going to the Superbowl, I wouldn't have it any other way!

Upon arriving at the dome we saw plenty of these signs... 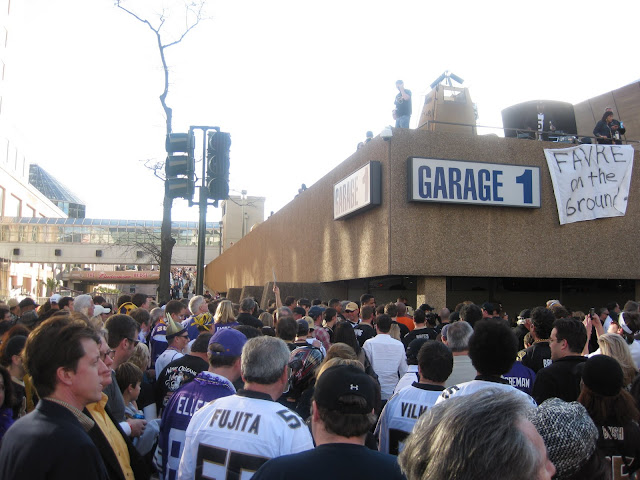 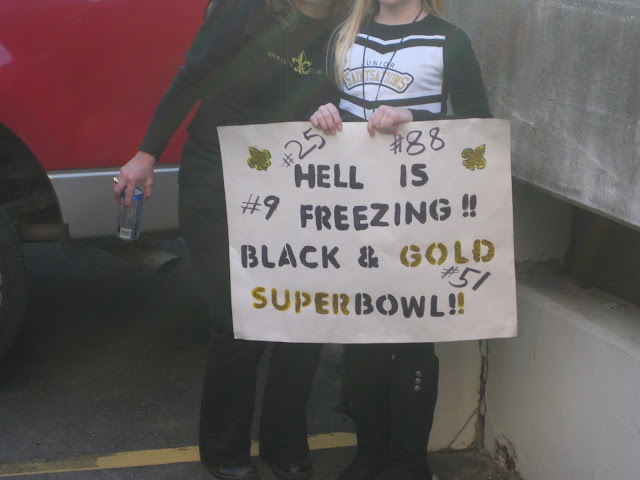 And you know they were both right!

Because when it came down to it, we pulled out a Victory.  In overtime...but, WOW! What a game!

Here we are with our friends, who are surprisingly still our friends after the game.  They were partial Brett Favre fans since they went to school with him and watched him play in college and they were partial Saints fans.  I *almost* felt bad cheering when they knocked Favre on the ground...almost being the key word.  Celebrating with the other 80,000 people our big WIN! 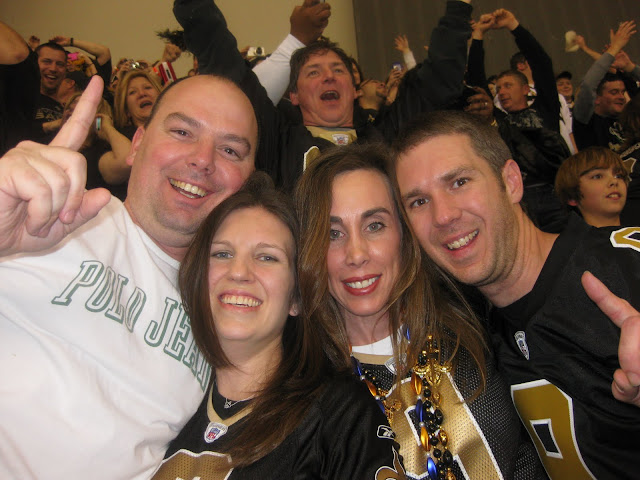 The dome was wild and I can only imagine the condition of the revelers and Saints fans that continued the party down on Bourbon! 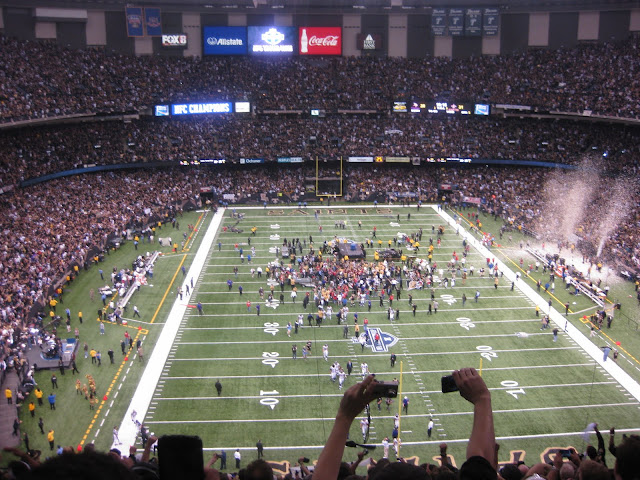 That game was UNBELIEVABLE!!!
At the end, the cable channel froze right before the kicker kicked the field goal. A house full of panicked Saints fans screamed out in horror! And then when it came back the confetti came down and we all realized we had won! Amazing!

WHO DAT!! What an incredible game. Awesome that you guys are going. So jealous. Have a great time!!!!!!!!

How did you get tickets!? I wanna go!
What a game! I'm and not a NFL fan, but I sure did cheer my heart out last night!