Our new movie of choice in the homestead is The Incredibles.  Meredith absolutely loves it, and although it isn't Thomas or Cars, Noah likes it too.  We have owned it now about 2 weeks and watched it no less than 25 times.  A few weekends ago Josh took the kids to a superhero birthday party they were invited to.  I didn't realize that some of the kids were in superhero costumes, but my 4 year old let me know immediately that she was one of the kids who was not outfitted in her super gear.  She then asked if we thought her and Noah could get a super suit like the Incredibles in case they had another super hero party to go to, and for Halloween or just for everyday .  You never know when you may need to fight crime out in the country.  So I told her I would talk to the lady in the movie and see what she could do about two extra super suits.  Luckily she had some spare time and was able to whip up two extra suits and drop them off Friday night.  They were all laid out in the living room when the kids awoke Saturday morning.  They were thrilled.  We put Meredith's on immediately.  We had to convince Noah that if he put his on  he would be fast, but the robot from the movie would not show up at his house.  After a little convincing he put his on too.  They haven't taken them off since.
The super-tikes!  Violet and Dash. 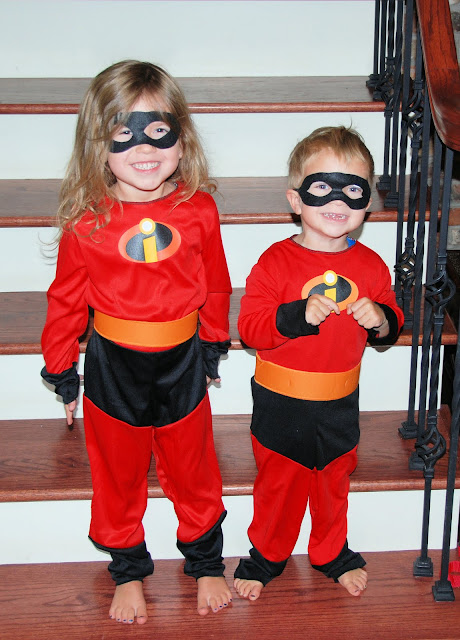 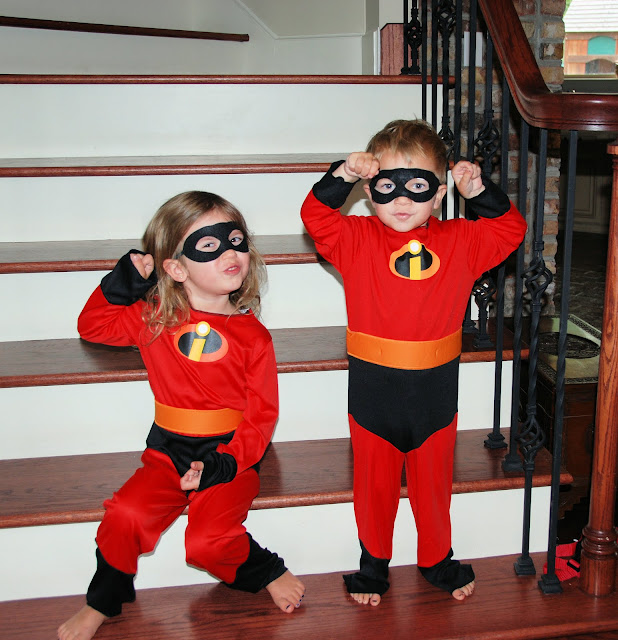 Planning their next attack!  Eyes need to be closed for this! 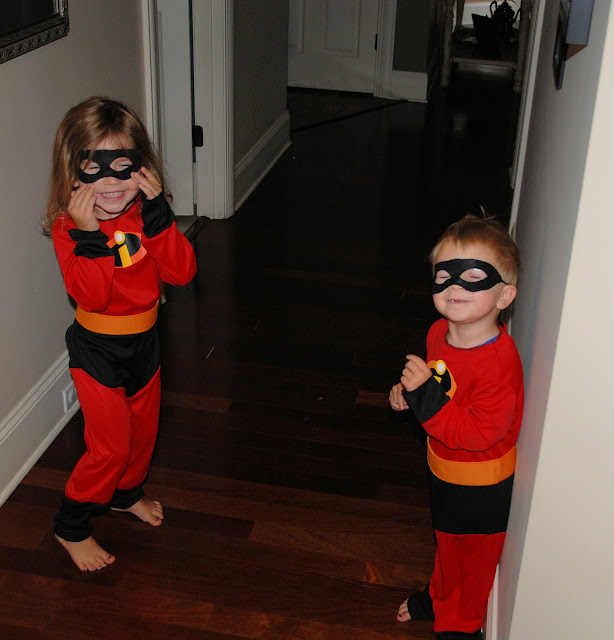 After a day of fighting crime, all supers need a break with their blankies.
Meredith chooses to watch herself on tv... 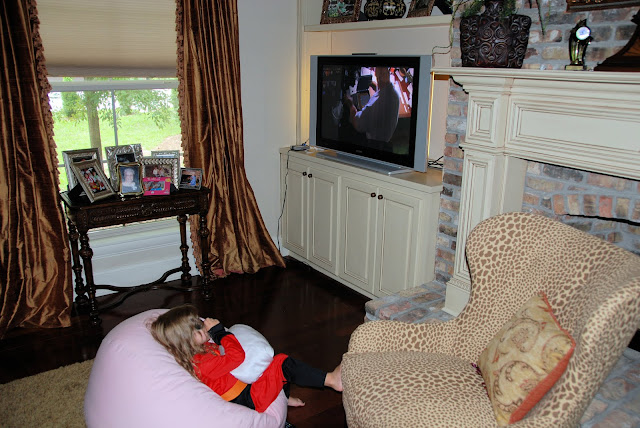 while Noah gets a little Thomas in... 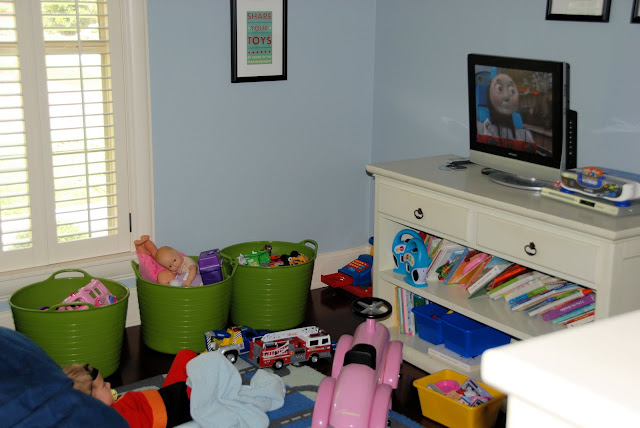 Meredith wanted to know where mine and Josh's super suits were.  I told her they didn't make them for pregnant mommas and that I would have to wait until Margot arrives to get my own.  Come October if they are still in theirs I guess Josh and I will get some too for Halloween and see about a baby suit for Margot!
Today is day 2 of super suits and after they awoke and ate breakfast, the super suits are back on!
Posted by mandi at 9:12 AM

Now they are sleeping in them. Had to convince them to take off their masks.