Since you've been gone... 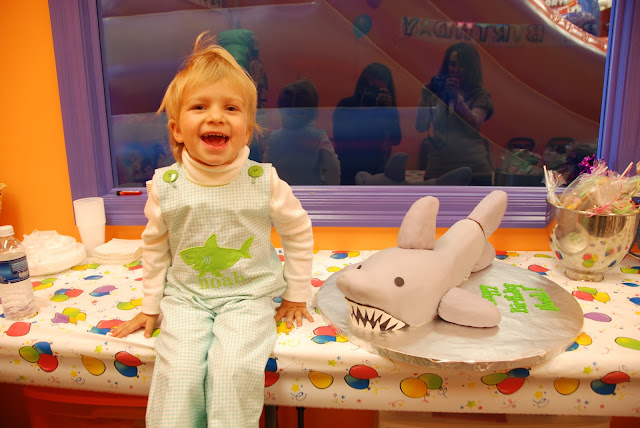 It was a join birthday party with his girlfriend Bella and all 6 of our kiddos matched... 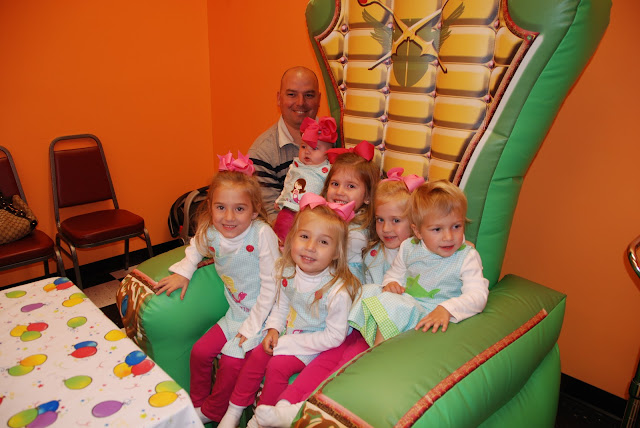 Margot started eating baby food...and by the look on my face it must have been pretty tasty! 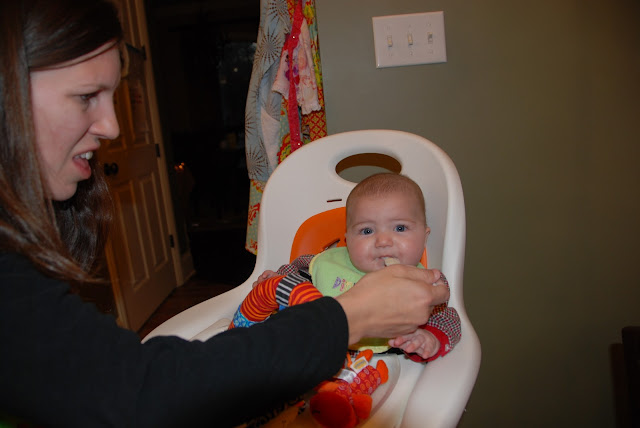 We once again took the kids to the north pole tea at the Roosevelt. 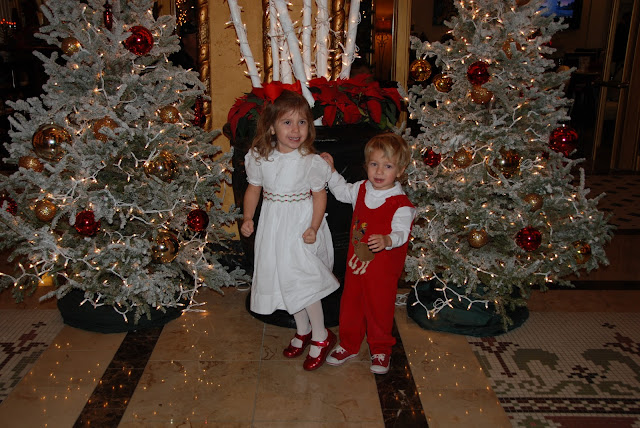 Noah was Joseph in a play and Bella was Mary. 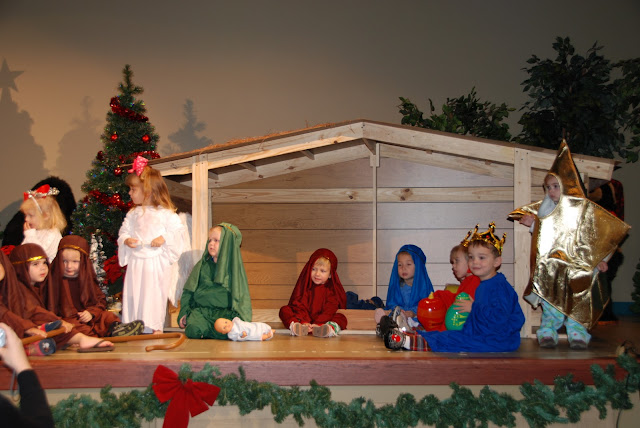 For the most part Joseph sat still, but then......well he's three come on. 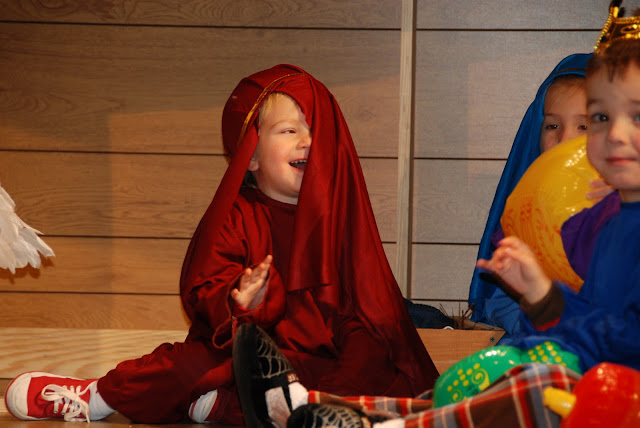 And they were the cutest Mary and Joseph ever, I think the star might have been a little jealous. 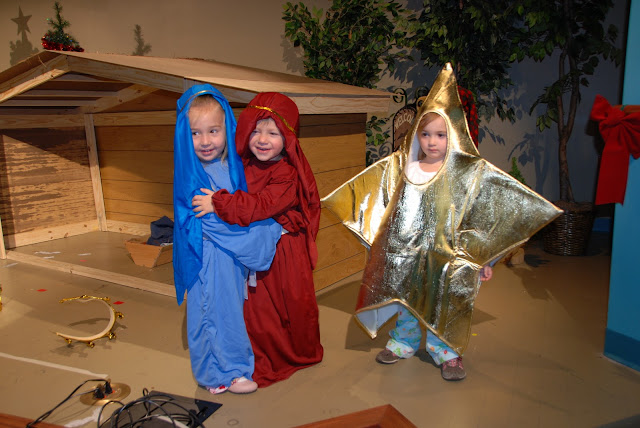 We made it to Christmas Eve Mass. 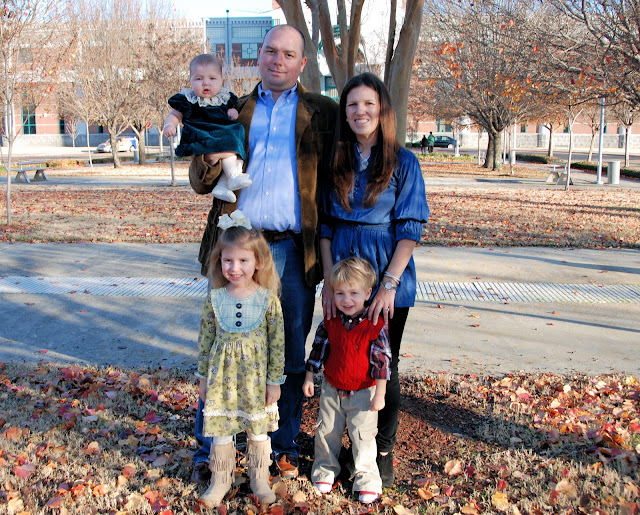 The guy in the big red suit and boy did he deliver... 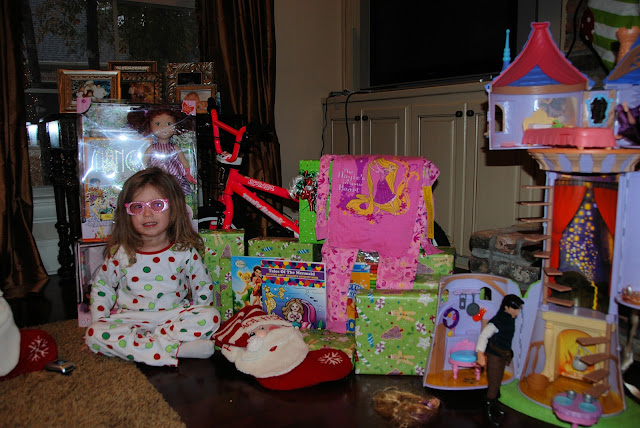 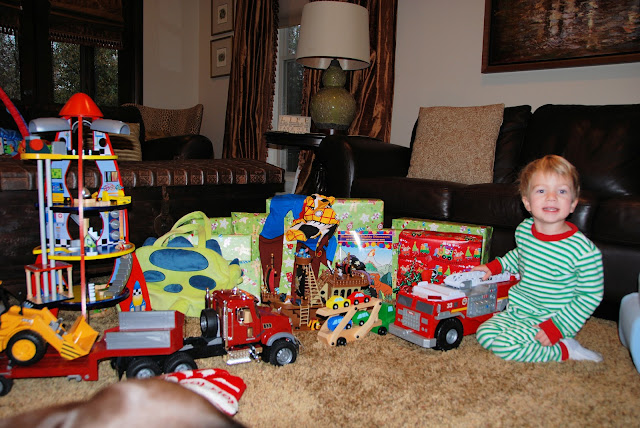 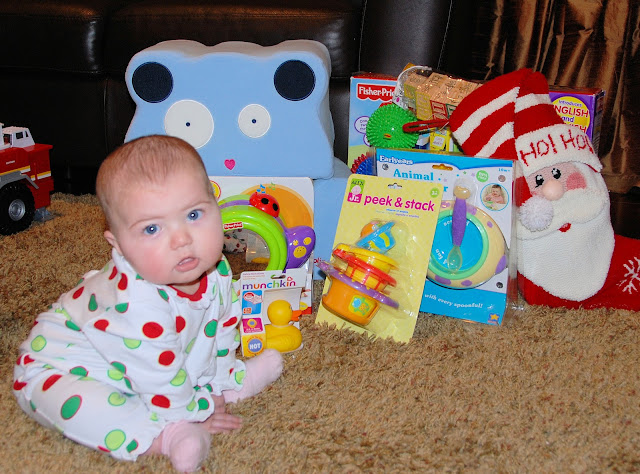 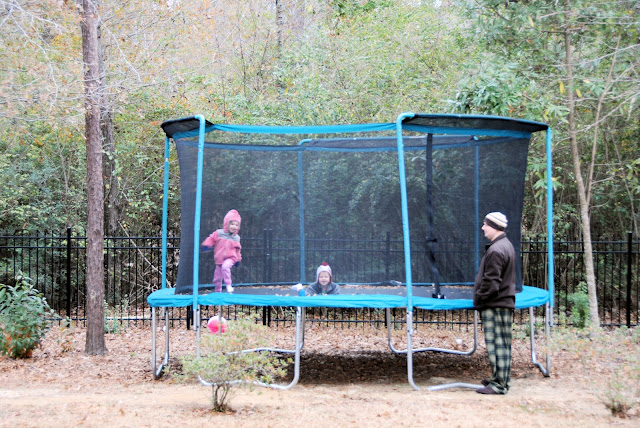 We snuggled and giggled and played, the entire two weeks Meredith had off for Christmas break. 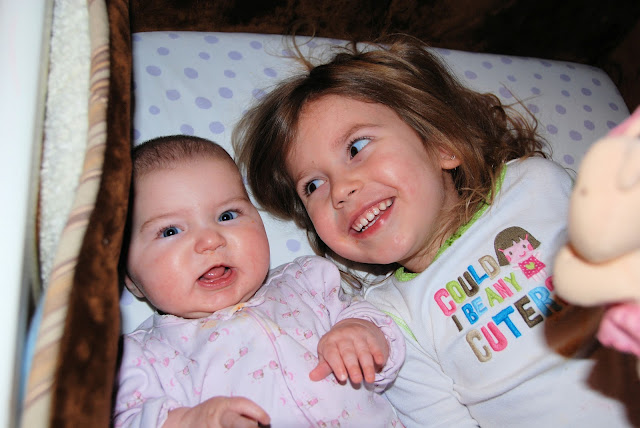 Margot started sitting up by herself. 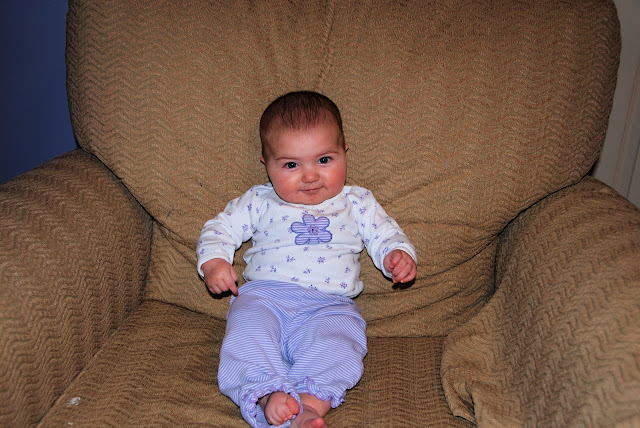 The kids took a train ride with Josh and got some funky looking cute train hats. 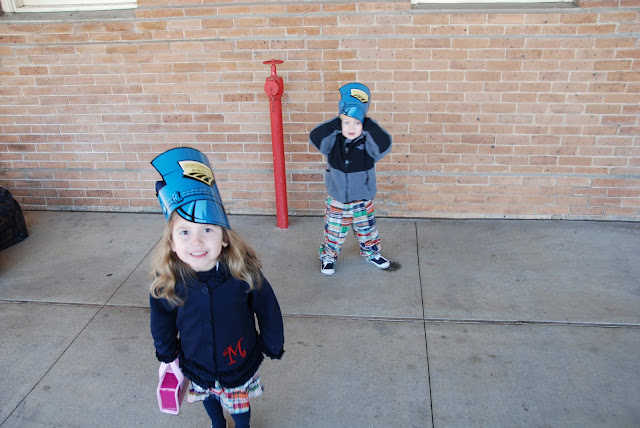 They were a tad excited about this experience.  Margot and I traveled by Yukon to pick them up from the following train station.  They beat us there, thanks to On-star.  That is a post for another day. 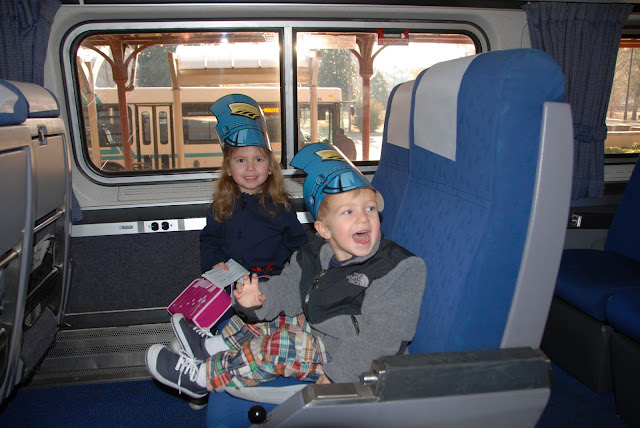 Wow! 3 years old!!! How's the potty situation with your boy? Jack will be 3 in June and sadly we are nowhere close to being done with diapers.

Hey Amy we potty trained Noah in October a month before his birthday. He was ready so basically I put him in big boy pants, told him he was too little for diapers and luckily he took right to it. We had maybe a handful of accidents. Good luck. Mere did it at 2 so I was literally beating my head against the wall when Noah turned 2 trying, but then I realized he just wasn't ready and waited.

I'm glad to hear I'm not alone on this one. Amazing how most little boys are so far behind girls where this issue is concerned.

Thanks for the info on your perspective...looks like we're right in line for potty training by 3 as well;)