Meredith's school had a pet show last week.  My girl was so excited and we signed Brownie up immediately to participate.  Brownie was thrilled.  Preschool with lots of other animals....what dog wouldn't be thrilled.  I made sure Josh took the afternoon off that day to help me with Brownie.  I wasn't braving three tikes and an 80lb dog at a pet show alone...no way.  Have you met my dog?   She is quite the beast.
Here is Brownie and Josh in her designated area.  Brownie along with the other Big Dogs were assigned a nice spacious, spot in the back.  Geared up and ready to meet some 4 year olds.  Look at her precious name tag. 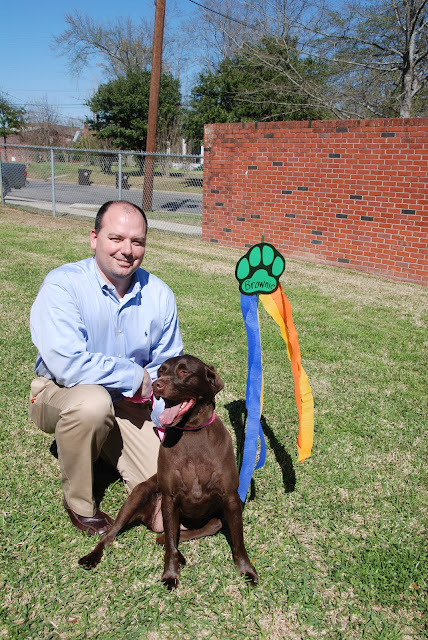 All the parents arrived a little early with their furry and slimy friends waiting for the preschoolers.  I have to say the animals were very well behaved for having so many different kinds there.  There were big and little dogs, cats and kittens, rabbits, lots of turtles, a fish and a mouse hamster.  Although I agree with Meredith if it is looks like a mouse, than by golly it sure isn't a hamster. 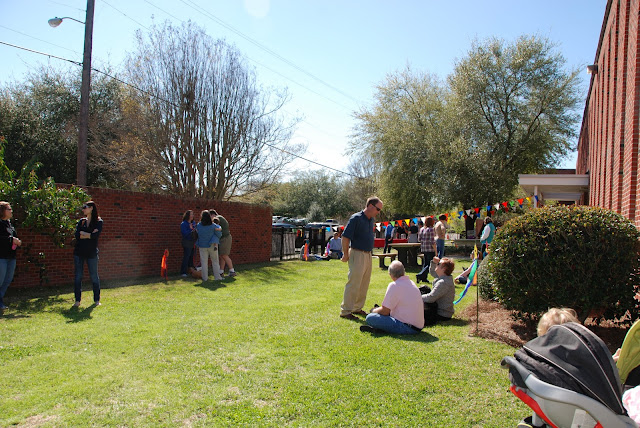 When the preschoolers came out, Meredith found her way right over to Brownie to show all of her friends.  She loves that big, old,  brown, stinky dog.  She is a good dog. 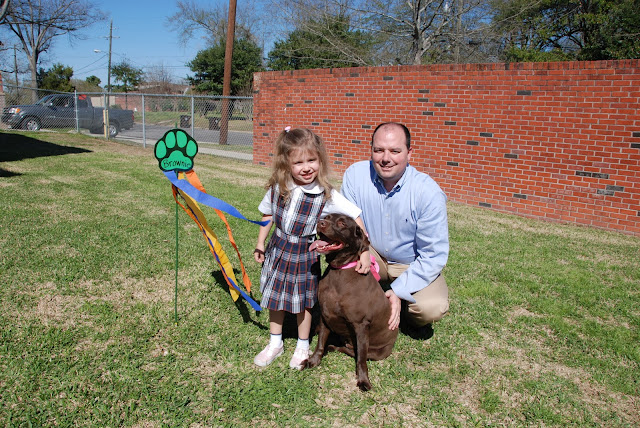 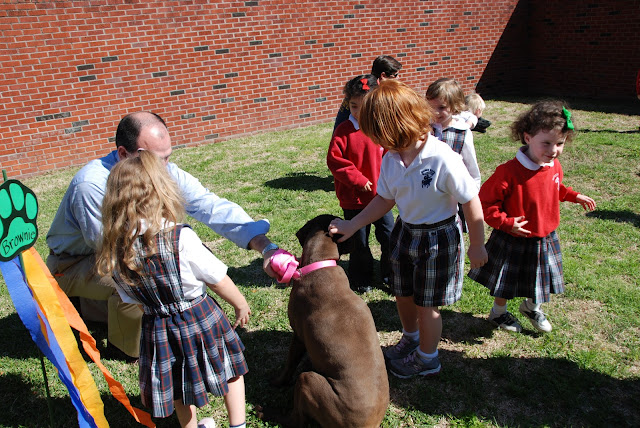 She truly was so proud of her dog.  All her little friends thought Brownie was great too! 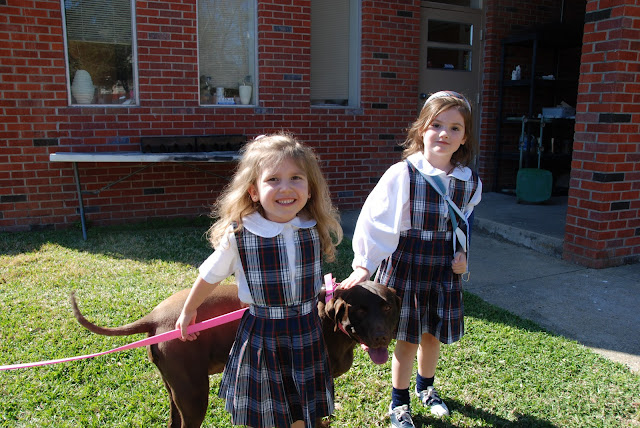 Brownie also really enjoyed the pet show.  She loved all the attention given to her by the kids.
The kids ran from animal to animal for basically and hour, it was great. 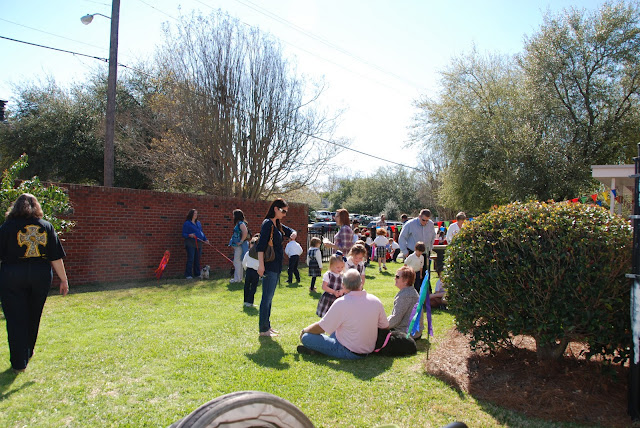 After Meredith showed off her dog she then ventured out with me to see the other animals.  One of the classes had a pet turtle that they brought to show. 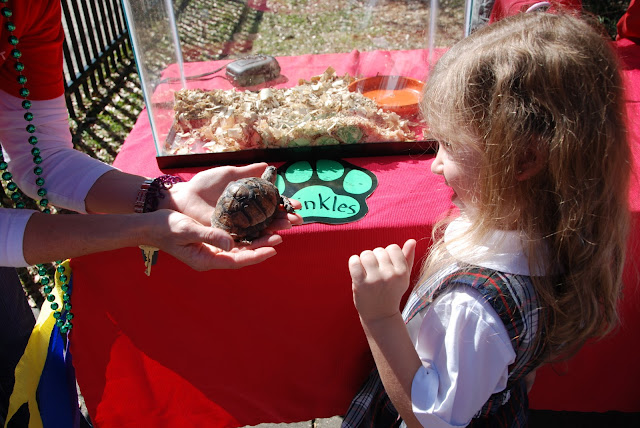 There were also lots of little turtles.  And they were a big hit, literally.  I think they all went home with concussions from being dropped 4 ft to the ground repeatedly.  The poor dad manning that station couldn't keep up with the turtles or the preschoolers.  They went from hand to hand. 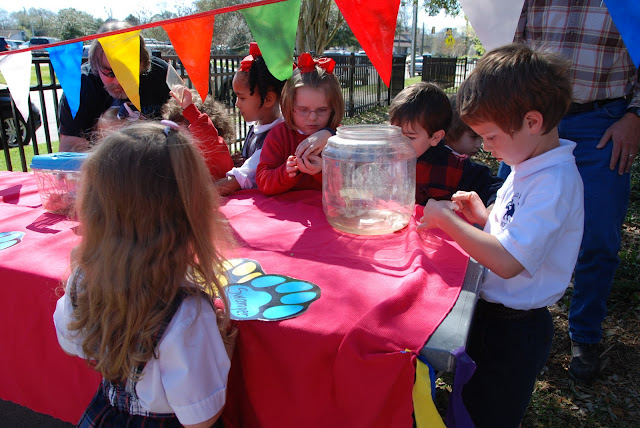 The mouse hamster hid in his cage, he was afraid of the wild animals preschoolers.  He saw what the turtles next to him were going through. 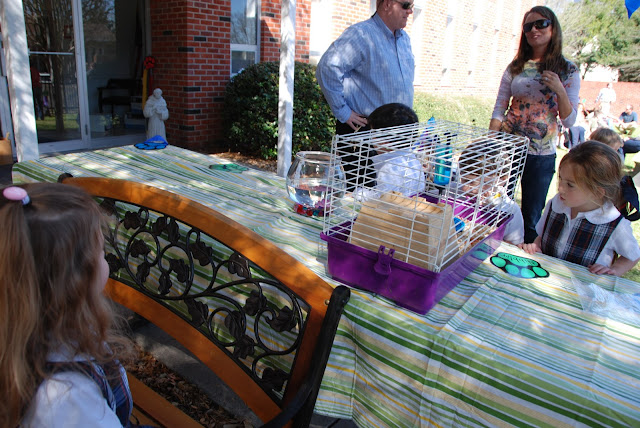 Noah loved being in preschool that day too.  He decided he really loved the mouse hamster.  Sorry Noah that's just one boundary I am keeping firm. 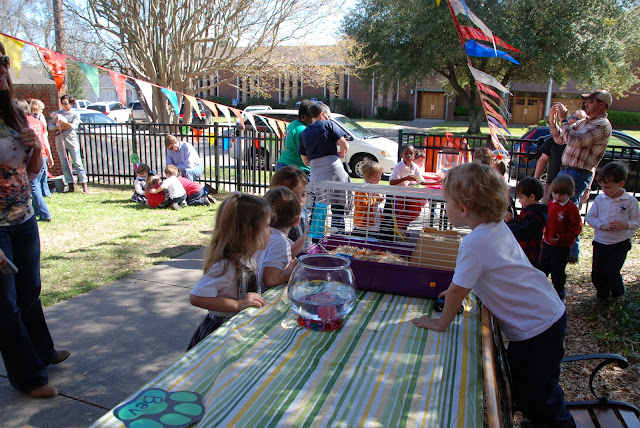 It really was a great afternoon, Brownie is already looking forward to her next two visits to preschool.
Posted by mandi at 7:02 PM

LOVE this! I need to tell Charlotte's school about this! Though I am not sure Maggie would be that well behaved with so many kids around her.

And love the new picture at top. When did Noah get so BIG!?!?