Yesterday my man started pre-school. He had been asking when it was his turn since last Tuesday when Meredith started.  Although when the day came he was a little unsure.  He realized he was not going to his old classroom with Mrs. Emily and all of his old friends.  Luckily he had 3 friends from last year in his new class and of course his Bella.  I don't know what he is going to do next year without sweet Bella.

Here he is ready for school.  Don't be fooled by his smile.  He was not happy about taking the picture at all.  And he hated the outfit.  "I wook funny!"  "Deez are church clothes!"  "Da kids are going to waugh at me!"

My husband put that thought in his head.  When he saw the precious outfit, I think he said.....'Really....I mean come on all the other kids are going to laugh."  But I kind of figured this was the last year I would be able to dress him as I saw fit.  Hell it was a lot longer than Meredith let me without all the fussing and fighting.  Oh well....here is my boy in what I think is an adorable "back to school outfit"....or as he thinks his "church clothes". 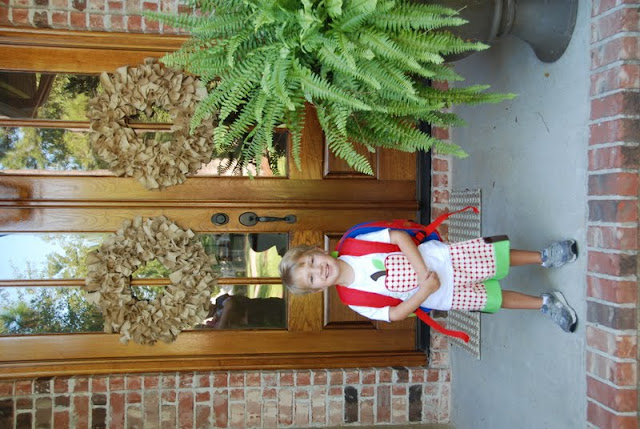 Before we went in, he wanted a picture with his momma. 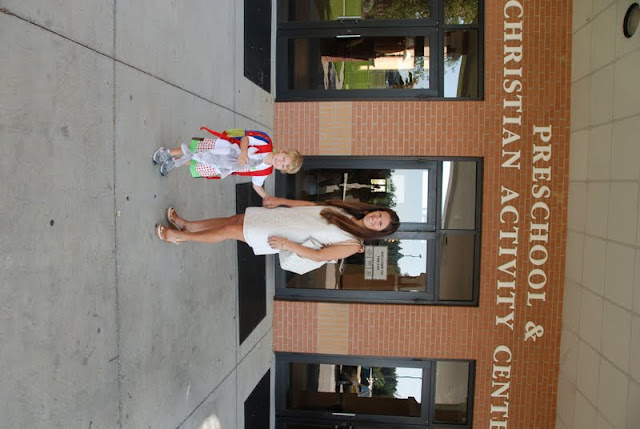 He got to bring a friend with him to school on the first day to keep him company.  Of course he chose his shark.  I made him promise me he wouldn't let his shark bite anyone. 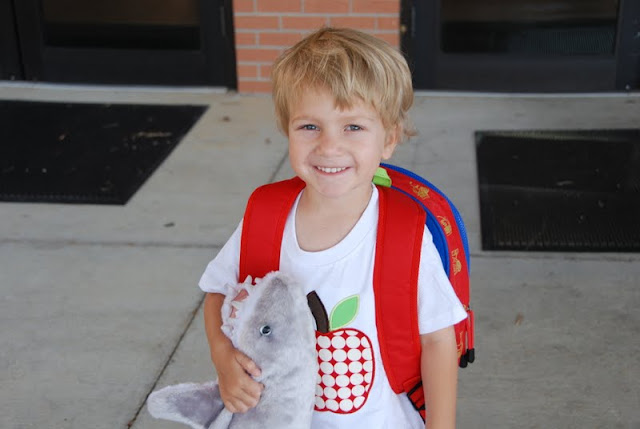 Noah and his best friend Bella.  We didn't get Mrs. Emily again, thankfully we got Bella!  It made back to school much easier. 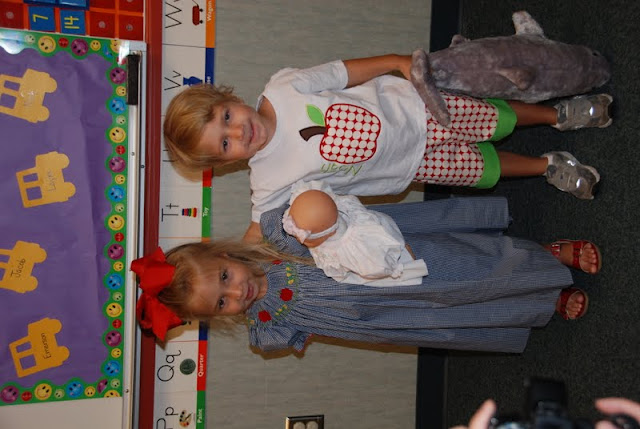 Saying good-bye to Margot and Daddy.  Margot is into rocking chairs lately and she immediately found the only one in the classroom. 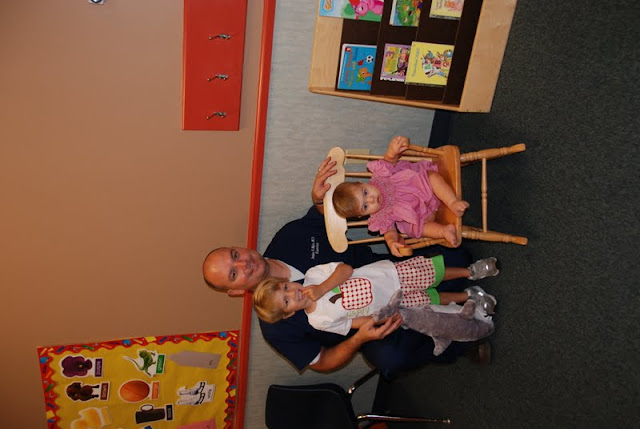 Here he is with Mrs. Paula.  He told me he liked Mrs. Paula, she had long hair and it was circle hair.  I said I know bud, it's curly like yours.  He said "No!  Mine is curly....hers is circles!"  Point taken and noted. 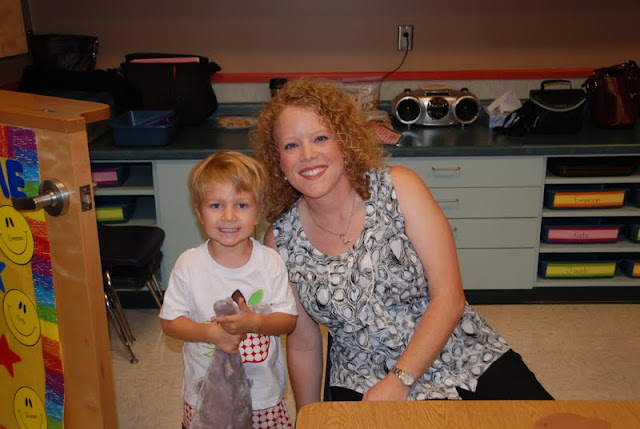 Noah's first two days went well.  While there were a few tears about going initially, he was smiling from ear to ear when I picked him up.  He loves his pre-school and I do too.  He's just not real good with change and the unknown.  Today was much, much better.  He ran right into the room and only came back to give me a kiss when I said please.  Then he jumped right back into playing with his new friends.  Mrs. Paula reported that today he wanted to know where they were going and when all day.  He likes to know his schedule. He did complain on the way out that there was no rally or stretch and grow (PE) and that," Dat made it a weally bad day!"  Not to worry bud, those activities start back next week.  His favorite part of the day both days has been snack.  Of course.....bear cookies with icing and Oreos.  What's not to love about that!

A stroll down memory lane.  Here is Noah 2 years ago when he first started Mother' day out at his school.  Wow!  Margot starts Thursday....I'm amazed at how quickly time has passed.  Oh and Noah, apparently I did not document your first day last year.  Luckily I didn't document your sister's either, because that would make me a terrible mother for sure.  I'm guessing my hands were full with your newborn sister.  I'm sorry!  Hopefully Mrs. Paige has some photos to share of that day....please tell me you do paige!