A date with her daddy

Meredith and Josh once again attended Sacred Heart's father/daughter dance this weekend.  She loved getting all dressed up and going on a date with her dear old Dad.  They met some friends to eat before the dance and I was told the excitement started then.  Lots of squealing and giggling with lots of little friends!

She was just a tad excited when her daddy gave her a dozen pink roses. 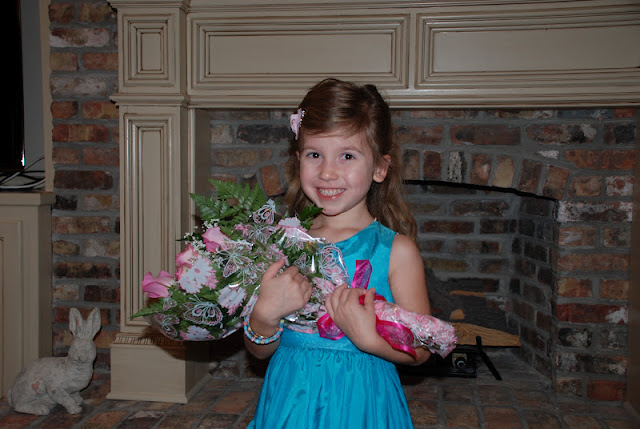 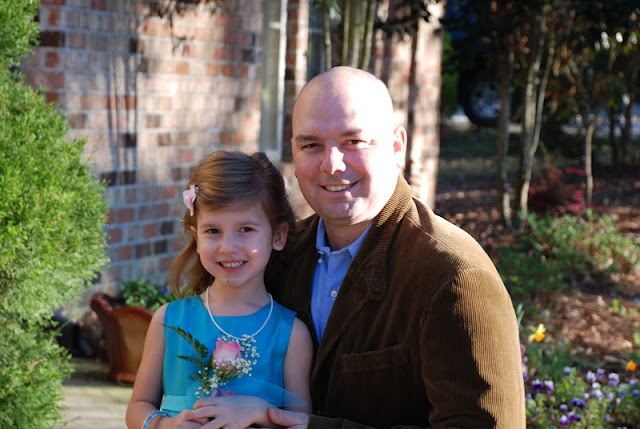 Lots of sweet girls and I heard lots of giggles. 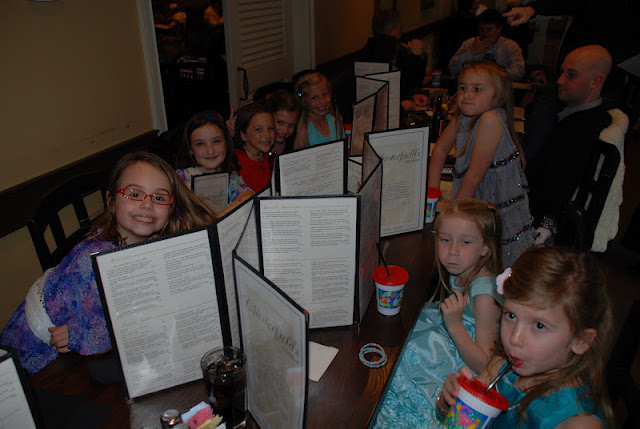 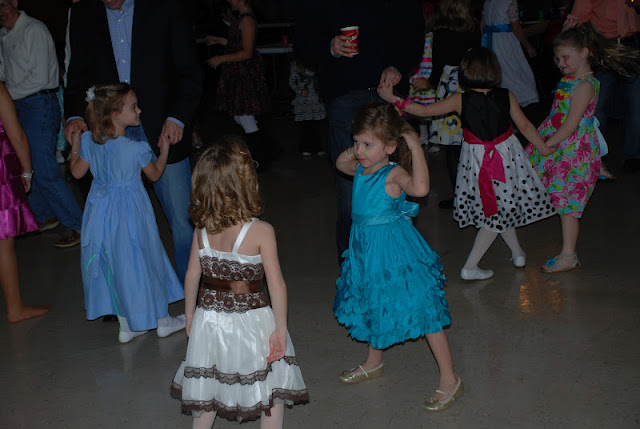 But the highlight of the night was when she lost her first tooth.  Yes, at the dance.  I heard she had lots of cheers from her friends and they were all as excited as she was when she lost it.  That night when she got home, she was beaming from ear to ear with a pearly, white tooth to show me.  And I have to admit I cried. It is such a big deal, like kindergarten, but worse.  And I was also a little upset that I didn't witness it firsthand.  She had been promising me for weeks she wouldn't lose it at school, because I didn't want to miss it.  Her daddy was more than happy to witness a first, firsthand though. 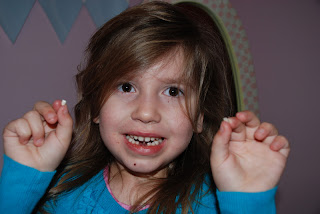 When she got home though, I noticed the tooth she lost was not her loosest tooth in her mouth.  It was the other.  The tooth that was the loosest when she left for the dance was still in there, but now laying side-wards at a 90 degree angle where the other tooth was.  So with that I asked if we could pull it and being on her high from loosing her first tooth she said "Sure!" and out it came!

I mean does she look excited or what!  Her first two teeth.  And the tooth fairy was very generous....two in one night....she had to be! 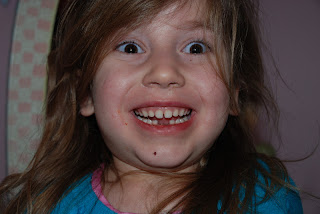