Freaking Shit - What he says... 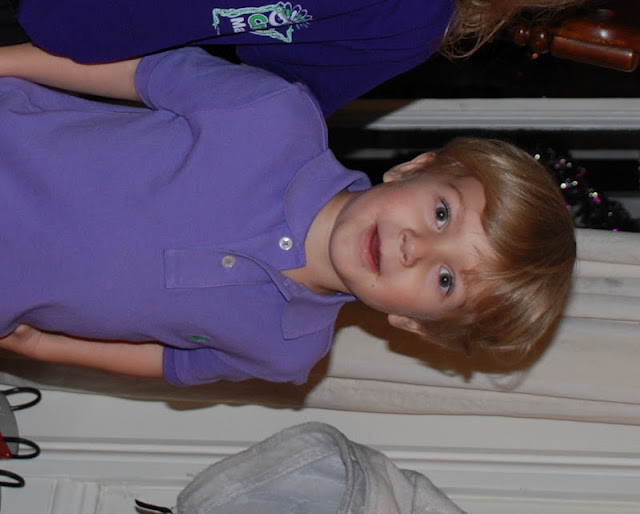 My sweet Noah LOVES to talk.  Actually that may be the understatement of the year.  Talking is as necessary to Noah as breathing.  If his eyes are open he is chatting you up.  Most days I feel like I should send him to preschool with ear plugs for his teacher.  Quiet days are they days when he is absent I am told.

Yes, the boy loves to talk.  He ask a million questions a day, I used to know the answers to his questions, but lately I have to say "I don't know" or "We can look that up when we get home."  He also describes everything he sees or has experienced.  He loves to re-tell me all about his day at school and all about what he did that day and what he learned.  I love that part.  And when we play, his imagination soars and he leaves out nothing, I hear every detail about what he is imagining.  He is so descriptive it's like he is painting a picture with his words and when he describes it, I can see it perfectly.  He is inquisitive, descriptive, detailed and chatty. 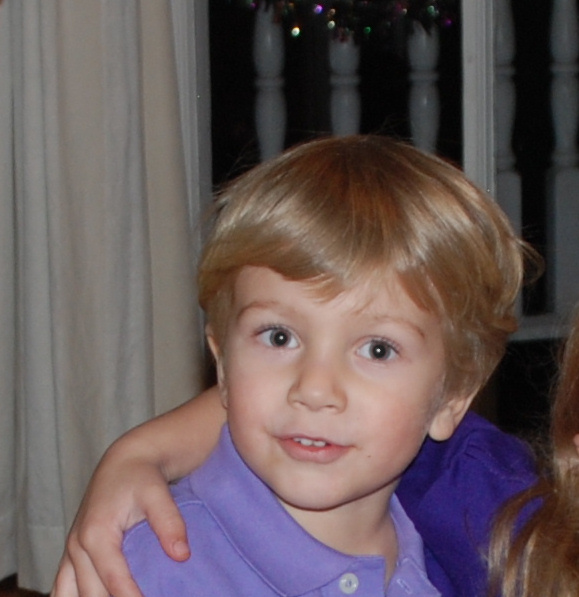 Most of my conversations with Noah are pretty entertaining.  He makes me laugh on a daily basis.  He also warms my heart on a daily basis as well.  Not a day goes by that he doesn't express sweetness towards me and his sisters.  And if you don't have a good reply for him, he will often provide you one to say.  He tends to do this alot, some might call him bossy.  He's thoughtful, caring, sensitive, a little bossy and very chatty. 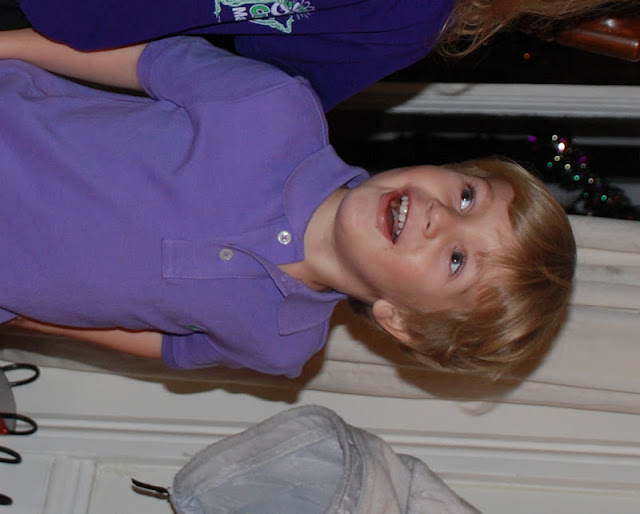 Noah and I had a conversation last week about the birds and the bees that I had to actually stifle my laughs.  The conversation was a hoot, but one to be expected from my little guy.  I stifled my laughter though, because I didn't want him to think it was a funny topic, even though what he said was funny. He did not intend for it to be funny, he was quite serious.  But it was a hilarious one none the less, definitely one for the baby book.  So Noah remind me to tell you about that one, one day.  Especially since I don't know where you baby book is.  And sorry Internets, I won't share that one here, because I love my Noah and he does deserve some privacy, but I will share this gem, one about him using his favorite expression...."freaking shit."  This was an actual conversation that occured in the yukon last week while driving home from dinner.

(and finally a picture where my little man is not talking and you can tell he is barely keeping his mouth shut!)

"Noah, bud, if you talk like this all the time next year at your big school, you might get a few red lights or yellow lights."

"No Noah, red and yellow lights are not good, they are when you are in trouble!"  scolded Meredith

""What?!?  Red lights ARE traffic lights, I love red lights!"

"No buddy, red and yellow lights mean no treasure box"

"Well Josh I guess we should be more concerned about blue lights and phone calls home with that language!"

"Noah you can't say those things at school next  year." scolded Josh

"Nope Bud, you have to save those choice words for at home."

And in the words of Noah today was some freaking shit.  Both girls had surgery.  Both are doing great.  Thanks for the thoughts and prayers, but I'm so glad that freaking shit is over.  Hmmm, wonder where my Noah picked up that language.

Email ThisBlogThis!Share to TwitterShare to FacebookShare to Pinterest
Labels: my little noah, sickness, sisters, what he says