His first award at big school

Yesterday when I picked up Noah at his classroom door, he had something big to tell me. I knew because of the excitement in his eyes and the way his words were flying out of his mouth so fast they were getting all jumbled.

I got him from the doorway and gave him a big hug and told him how super proud I was of him. Then it took our entire walk to the car for him to finish telling me he got the "Super Rester" award yesterday. This folks is huge! Noah is sweet, kind and compassionate to his core, but a "rester" he is not. So proud of my boy. So far no conduct circles although he did tell me the worst part of his day yesterday was listening to why all the other kids got them. He didn't want anyone to get them. That meant no treasure box. I thought for sure that he would've gotten at least one by now for his chattiness. Guess he's out to prove me wrong and be like his sister with a perfect record.

Here he is with his award.  There was also a blue Airhead taped to it, but he ate it on the way home yesterday! 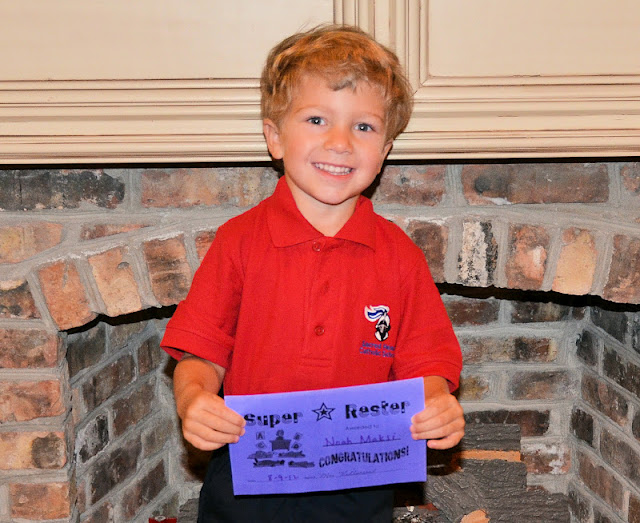