Painting with the jaguar

A few months ago our local zoo held a member's appreciation dinner and a silent auction.  I bid on the jaguar painting session and won.  So last week the kids and I headed to the zoo bright and early to watch the jaguar paint.  The experience in my 3 1/2 year old's own words was "AWESOME!"
I don't think she fully knew what to expect when I told her we were going to paint with the jaguar, to be honest neither did I.  Although I had some idea of what to expect.  Meredith on the other hand was a  little more leary that morning and I didn't realize why until she said...."Mom I wanna paint with dat jaguar, but I don't want him to eat me!"  Poor baby she relaxed a whole lot once she I told her that the jaguar would be in a cage while we painted.  I mean he is quite the cat and very intimidating.

Noah was all about painting with the jaguar...until we got in his little house area and he realized he was a mere 3 feet away from him with a measley little fence between us.  That morning he proudly told the ladies in the office and the zoo keeper he was going to "paint wit da ja-gwa!"  Then we entered the very small room and the jaguar stared him down and that was it.  He clung to my leg and demanded to be held.  In his defense the jaguar was looking at us like we would make a mighty fine breakfast.

The trainer and zookeeper let the kids pick out 3 colors to use on our masterpiece.  The trainer then prepared the jaguar for our painting session, by using a clicker, raw meat and a big stick in which to feed him the raw meat.  She had him practice going from his right to left and he would get a click and a piece of meat when he did this correctly.  I'm pretty sure Noah feared that the meat would run out and the trainer would then use his little chicken legs as a reward, so at that point he demanded to "go ow-side momma....go ow-side now!"

Meredith became very entranced and had little fear of the jaguar and intently watched as the trainer slid the paint and canvas under his fence to begin painting.  She even took a few steps forward to get a closer look, which made one momma very nervous...thank goodness the zookeeper was there to grab her.  The jaguar would then get the paint that was on the his right side with his paw and then place it on the canvas which was on  his left.  After doing a good job, he got a piece of meat.  I think it took 3 big ole steaks for him to complete the painting.  The trainer then had him do a few tricks like show us he knew his right from his left, roll over, lick her hand and then jump.

Noah never did calm down and although the experience didn't traumatize him because he never cried, he was happy when our painting session was over.  Meredith though, was over the moon!  "MOMMA DAT WAS AWESOME!"  "Momma I LOVED painting with da jaguar....can we do it again!"  I listened to all of her excitement and then I said "So bug, does that mean you liked it?"  And her response was so cute she said "Mom..... I have NO words....it was AWESOME!"  I have no idea where she comes up with this stuff.  Later that day she decided she would add a zoo keeper to her ever growing list of things she wants to be when she grows up.

To be honest I didn't quite get the pictures and video I wanted to because it was hard to take pictures, video, hold and console a 2 year old and make sure a 3 year old didn't get eaten by a big feline.  And honestly I was pretty amazed and entranced myself.  I will bid on this again and hope we win, but next time, I will make sure to bring my husband with me for two extra hands and in case the trainer does run out of meat.

Here are the few pictures I did get...


Here are the kids checking out the jaguar....Noah already asking to go ow-side! 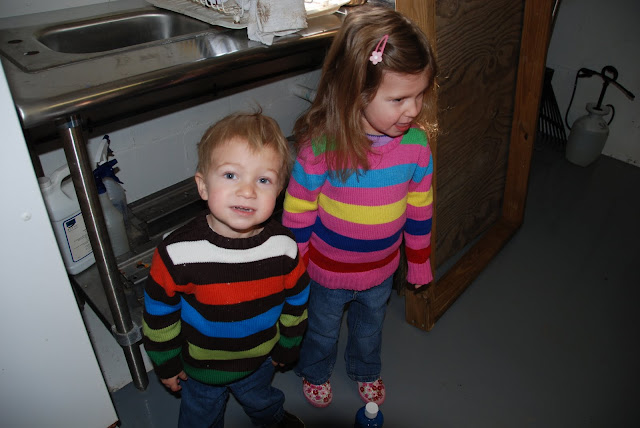 Picking out their paint to get started....Noah picked green and Meredith picked her favorites...pink and blue! 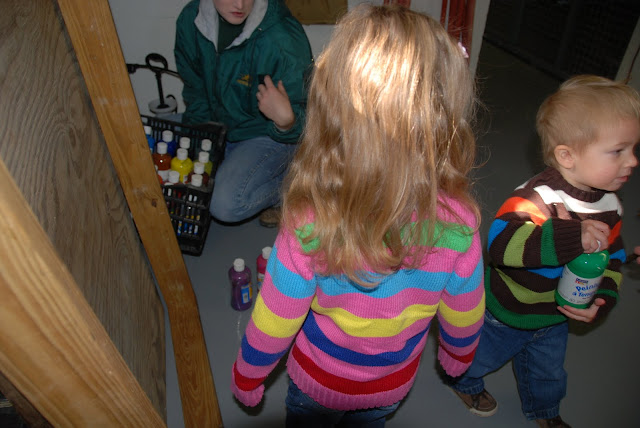 This picture is awful, but here is his trainer getting him ready to paint.  See his tiny pile of meat...no wonder Noah was scared....I'm sure he thought the jaguar would start with the smallest person first. 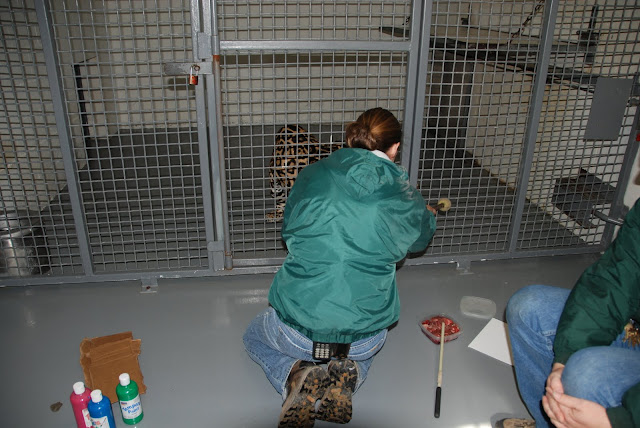 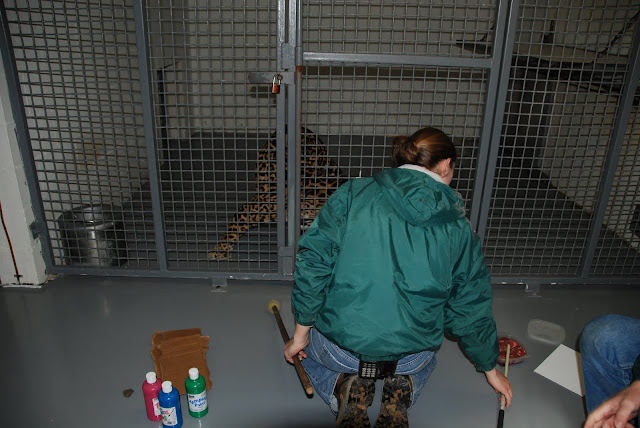 Our finished product, which I need to have framed and hung...it's going in  our playroom! 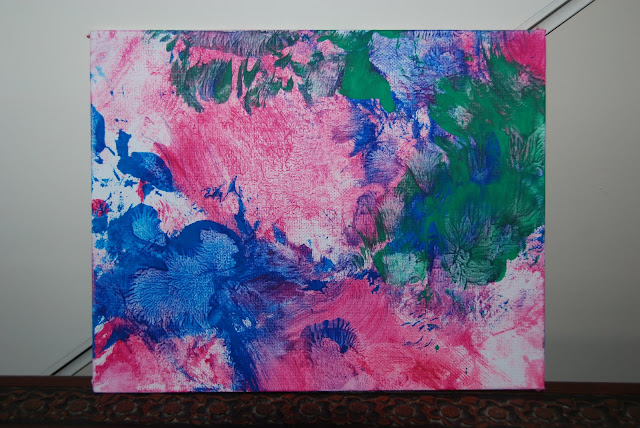 Poor Noah! Meredith is getting to be such a big girl...I'll come with you next time if Josh can't go!!!