Upon arriving in Chattanooga, we checked into our hotel and then jumped right into the fun.  We headed downtown to the Aquarium and I must say that it does not disappoint.  There is a reason this aquarium was voted #1 in the country!  The kids loved it and Noah was so amazed.  He is a complete shark boy and this place was right up his alley!
Arriving at the aquarium. 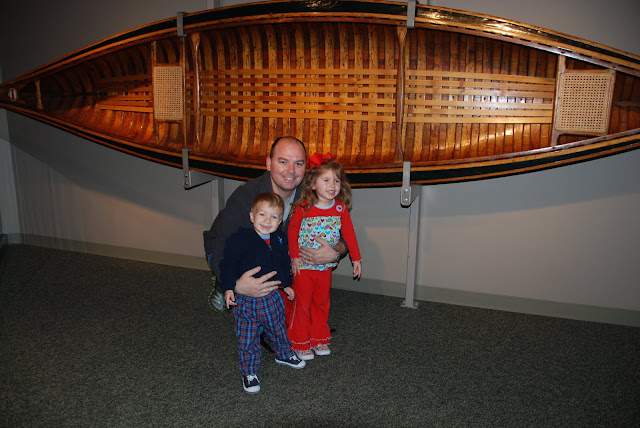 Looking at the snakes and smiling for their momma! 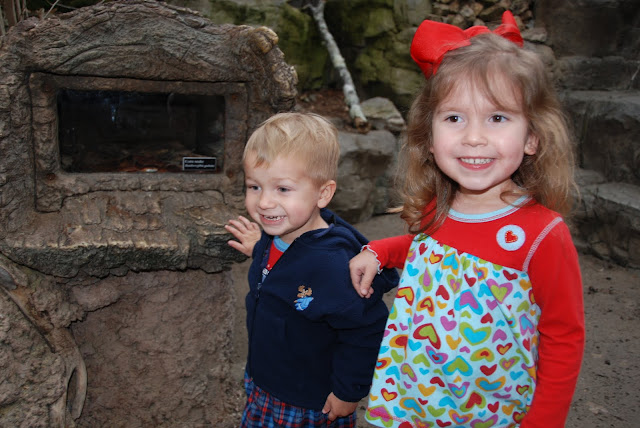 So much to see and explore.  Noah was amazed and his big sister happily guided him around telling him what everything was. 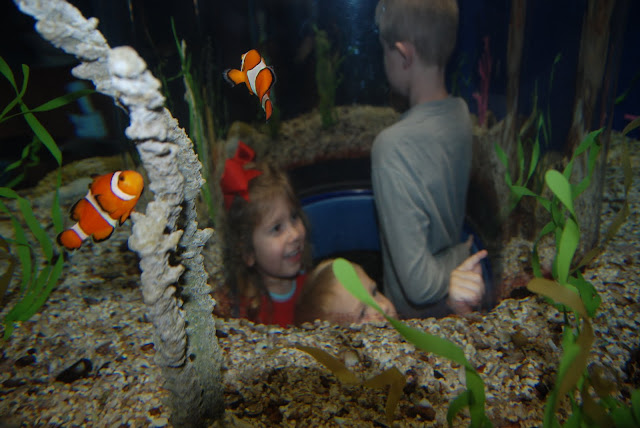 At the sea otter exhibit.  This was really neat to see him swimming around and playing.  Noah was amazed.  He took his time at each and every exhibit we had to drag him away.  His sister was a little more impatient and ready to rush through it and see what was next, I swear they fit Josh and I to a tee! 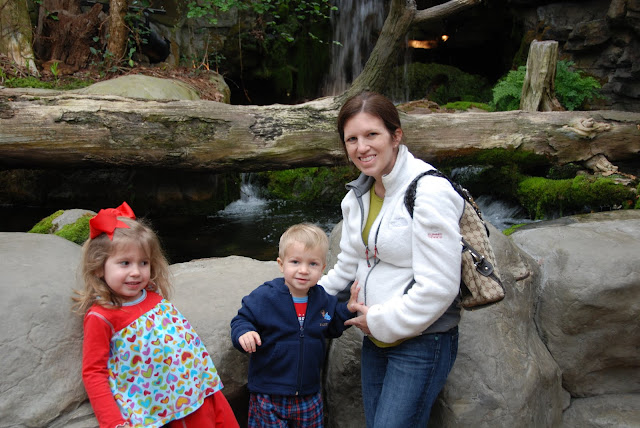 Noah watching the sea otter, he couldn't get enough! 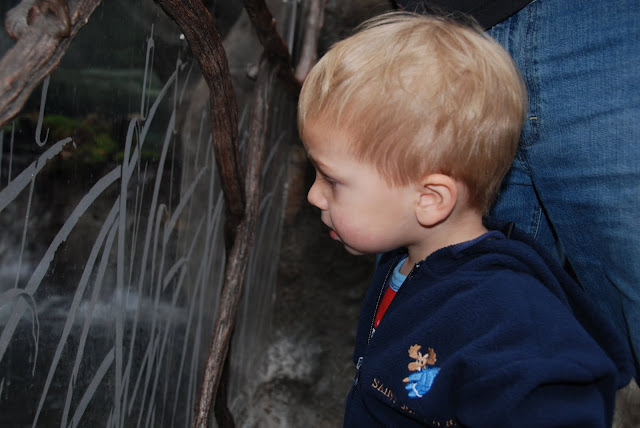 After we finished the first half or first building I should say, we took a break in the gift shop that it dumps you into.  It's set up a little like Disney World like that. 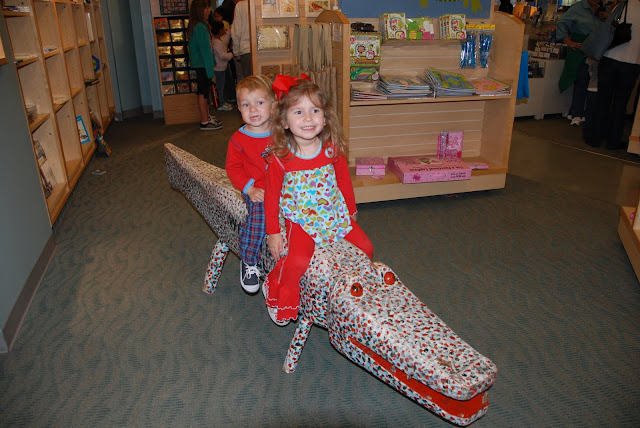 It was here that Noah found a new friend.  For those of you who don't know Noah personally, he LOVES sharks.  He often pretends to be one, by putting his hands together on top his head like a fin and saying "da-nuh, da-nuh, da-nuh" while coming after you and then pretending to bite you with the cutest little chomping sound.  My boy is definitely a shark! 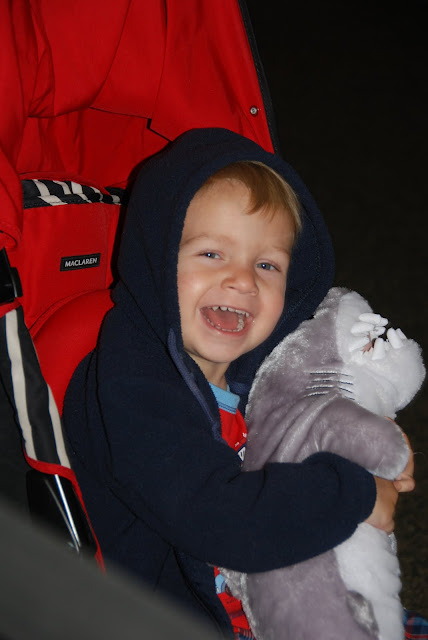 He carried that thing through the entire second half or second building.  Yes, the aquarium is so big it is housed in two separate buildings...and it is very cool! 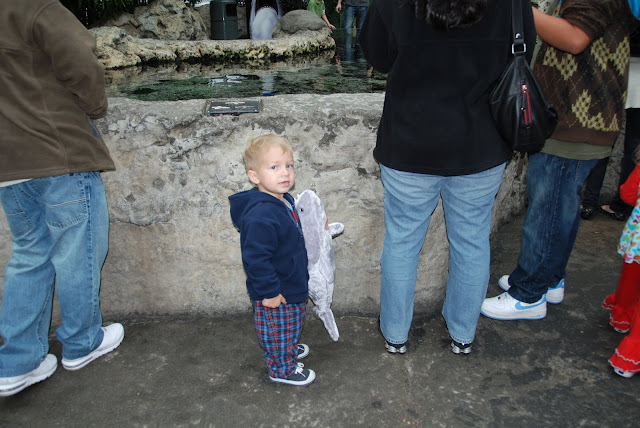 My brave big girl touching a sting ray....my shark boy wanted nothing to do with them. 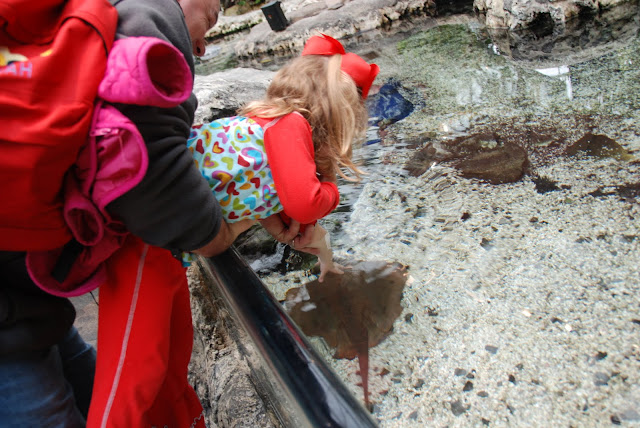 Here she is in the butterfly pavilion getting a closer look at the butterflies.  I wasn't too in to this.  They flew right up to you and landed on you.  My shark boy wasn't into it either so him and I rushed along Meredith and Josh. 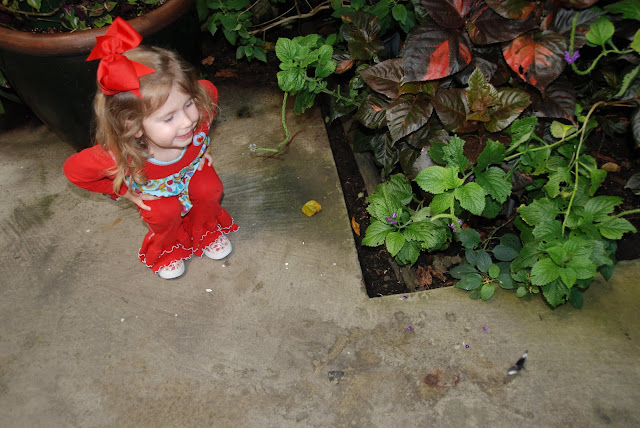 Noah and Josh checking out the real sharks!  He was in heaven! 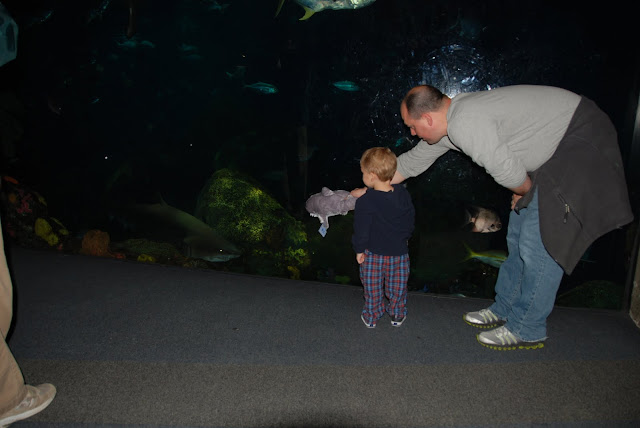 Checking out the shark cage. 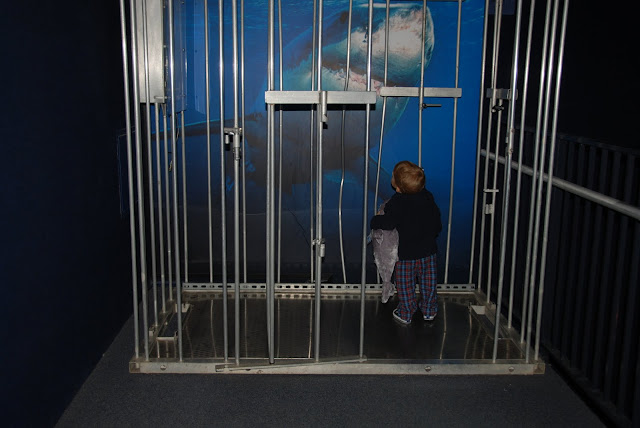 Here is my girl with her favorite things...jellyfish. 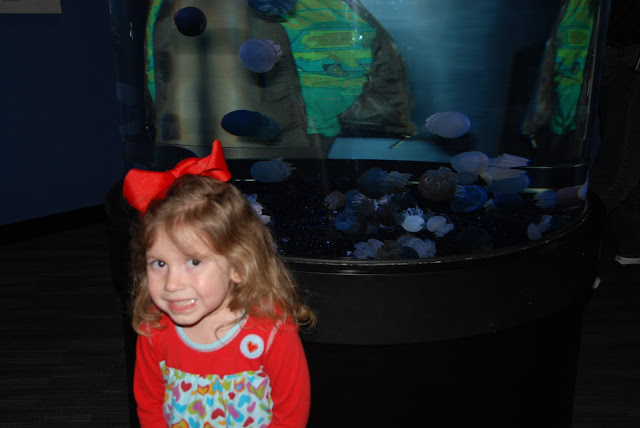 At the end we were all pretty tired.  Noah was still in awe.  If you head to Chattanooga the aquarium is a must see.  More to come tomorrow! 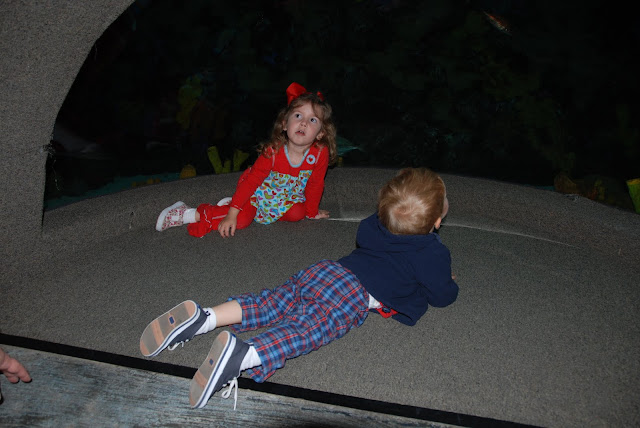