The kitchen wasn't the only room to get a makeover...

The kitchen and living room weren't the only rooms in the house to get a face lift.  I also re-did the "much in need of a new look" play room.  The room was originally Meredith's nursery, which was super cute and super gender neutral, since we definitely weren't finding out.

That lasted all of 17 weeks. 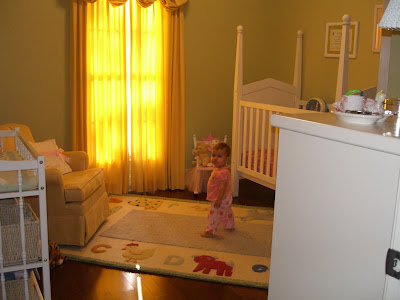 Then Noah came along and both of them were bumped upstairs and it was transformed into the play room, or the room of crap that we own way too much of!And since it is one of the most seen rooms in the house, aside from the gorgeous kitchen, it needed an overhaul. 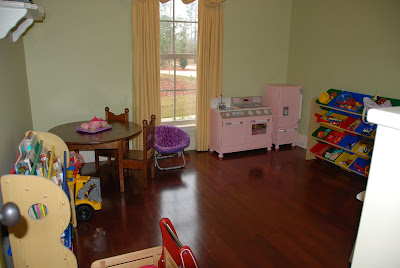 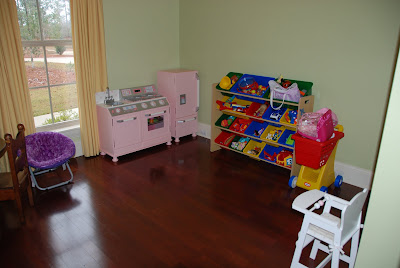 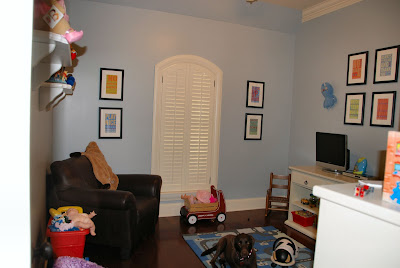 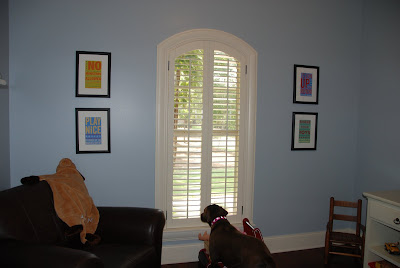 I have to say it is much improved.  I also got some new plantation shutters in the toy room as well as the bedrooms, I love these things.  Mom you were right. 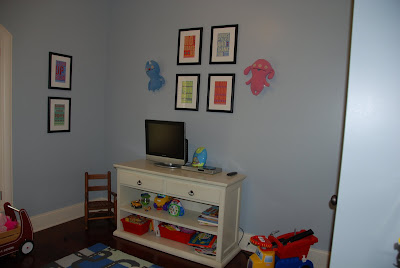 My cute little "by order of the management" prints that I got from etsy.  As well as Meredith and Noah's ugly dolls I picked up in NYC.  Meredith was happy to put hers on the wall she thought it was special.  Noah was just happy the damn thing was out of his room.  He hates that ugly doll.  When I first brought it home he whined and threw him down the stairs.  I went and got it and brought it back up and he slapped me, screamed, grabbed it from me and threw it down the stairs again.  I got the message, but I love to aggravate him with it....I know cruel!  Anyway the first couple hours he wouldn't go in the playroom without screaming.  But fear not Internets, he got over his fear and now is back to destroying the play room in 2.4 seconds! 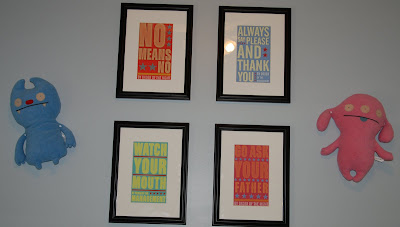 Close up of the signs, aren't they cute! 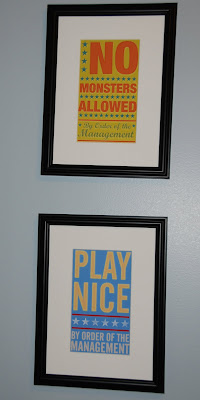 I love the No Monsters allowed, I think we need that one - we have monsters don't you know and we have to spray each room with no more monster spray! oui vey

I'm totally copying those etsy prints for jack's future playroom!! Such a cute idea for a playroom! Love the new look!!