A weekend of fun in the Big Easy

You never realize what you have until it's gone.  Isn't that the old saying?  I loved growing up in Nola.  The Sunday morning breakfasts at Cafe du Monde.  The Saturday and Sunday strolls through the quarter.  Having a muffaletta at Central or a ham and Swiss at Maspero's.  Seeing the Christmas lights at City Park.  A Sunday Jazz brunch at Arnuad's.  All of those things that I did in Nola became a luxury when I moved out of the city.


So this weekend we packed up the u-corn, as Meredith would say, and headed to the big easy.  It's important to me that they know this city, love this city and realize they will forever be a part of this city!  We started off by meeting some friends at a Jazz brunch at Arnuad's.  The food was delish.  The girls loved eating at a fancy restaurant and Noah loved the music.  After that we finished up a little bit of our Christmas shopping at a few stores that our quaint little town doesn't have.  That evening we headed out to get a Bud's Broiler hamburger and see the lights, however I forgot they weren't open on Sundays, so we opted for Burger King and then straight to city park.   The kids were amazed!  We strolled and saw the lights, rode the carousel and took a very cold train ride, through the park to see more lights.

At 9:30 we headed back to our hotel in the big city and put two tired tikes to bed.  The next morning we ordered them room service and I wondered if they realized how special that was.  This was a treat and I hope one day they appreciate it!


The next day we got all dressed up in our Christmas clothes and hit the city!  We rode the streetcar and walked around and grabbed a quick bite to eat.  After lunch, we took the kids to The Teddy Bear tea at the Roosevelt.  Wow!  Seeing the kids faces as they walked into the magical North Pole made it all worth it.  Seeing the magic that they really believed in, was priceless.  We had tea, tea sandwiches, hot chocolate, scones, petite fours and dessert for days!  The kids loved it.  As we were leaving they were already asking when they could go back.

The kids got to see Santa and meet Mrs. Claus (this was very exciting for Meredith, not so much for Noah as you will see!)  They also go to meet Frosty and Rudolf although my all too smart 3 1/2 year old proceeding to tell me neither of those two were real as they were just costumes.  When I asked her how she knew this she said..."Mom, Frosty was not cold....it is just a costume."  I couldn't argue or lie, I said you are right, the real Frosty and Rudolf are at the North Pole getting ready for Christmas.  Wow, they grow so fast!

All dressed up at the Roosevelt....this is the best I could do with both...it was Noah's nap time and he was exhausted! 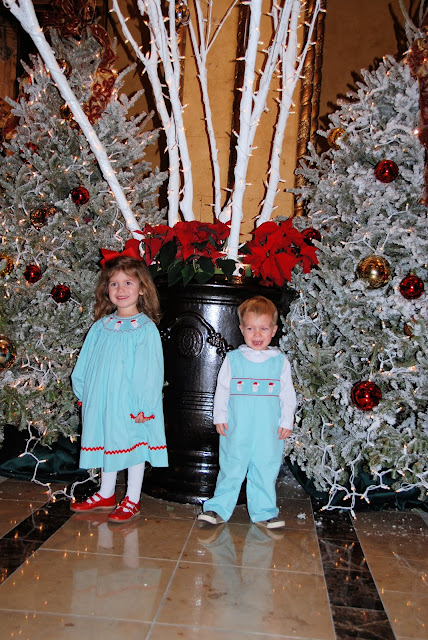 Noah in one of his happiest moods! 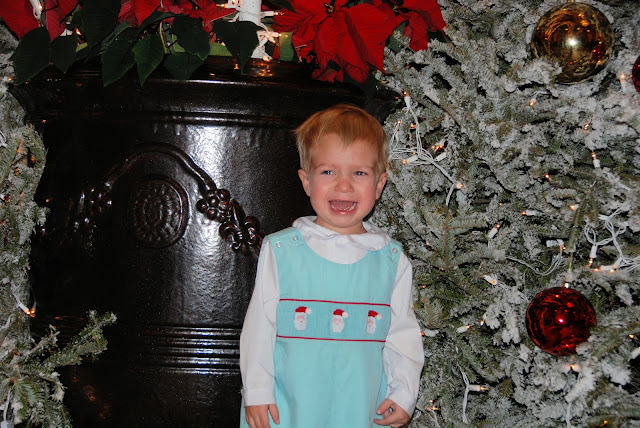 Meredith so excited about the tea and the fact we are leaving the lobby! 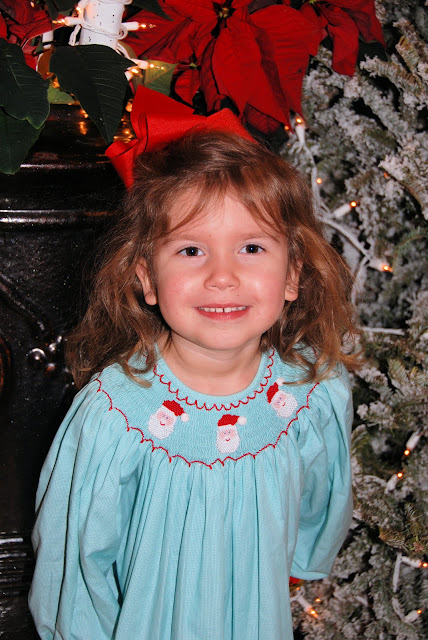 The magical North Pole....can you imagine being 2 and 3 and walking into this? 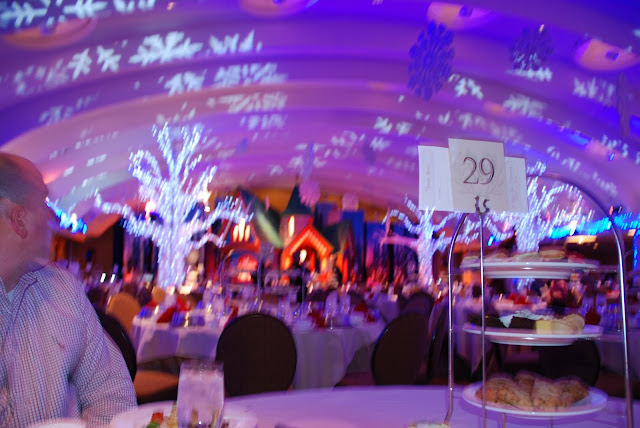 Noah showing off his tea sandwiches! 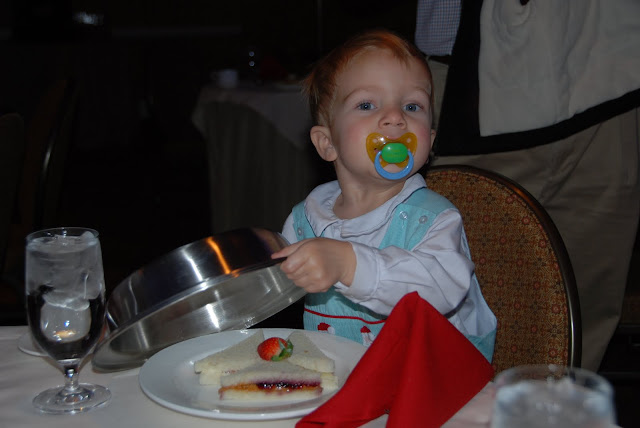 Meredith taking it all in! 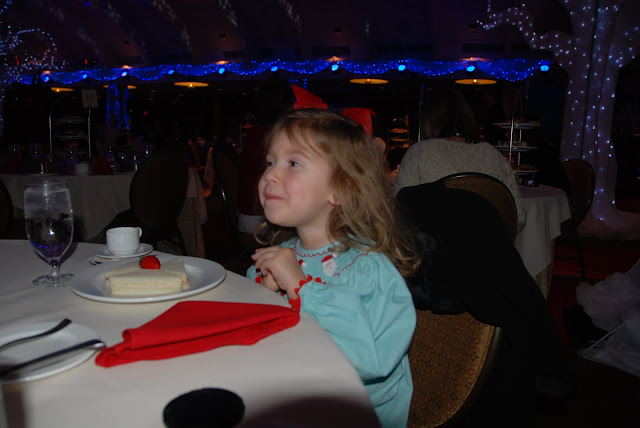 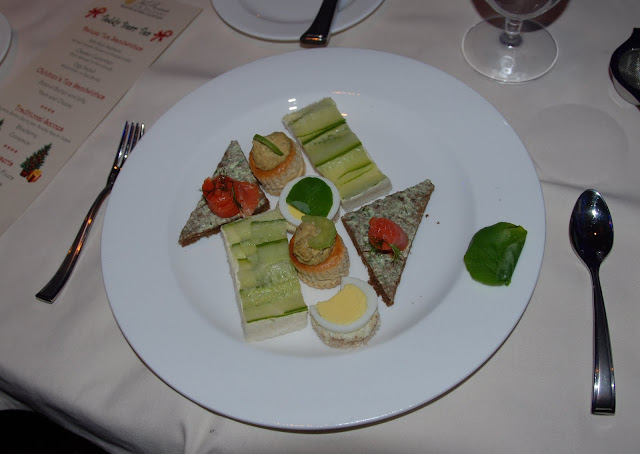 I think she was excited to see Rudolf even if he was just a costume!  Noah told him "no see you!" 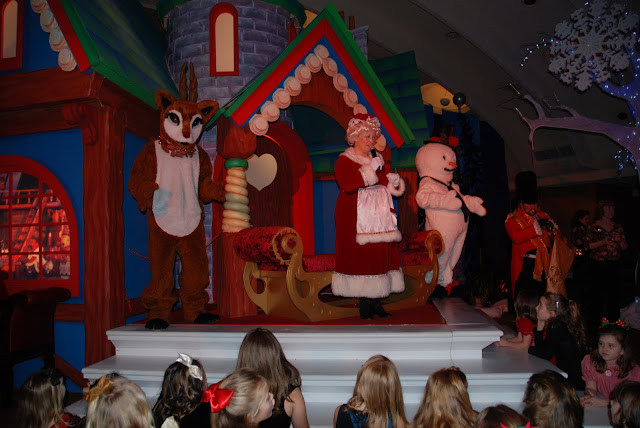 Noah liked Mrs. Claus as much as he liked Santa. 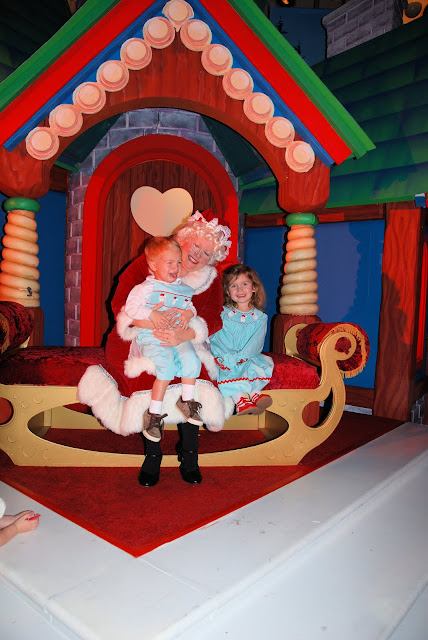 Saying good-bye to Frosty...after this she reiterated he was again "just a costume momma!" 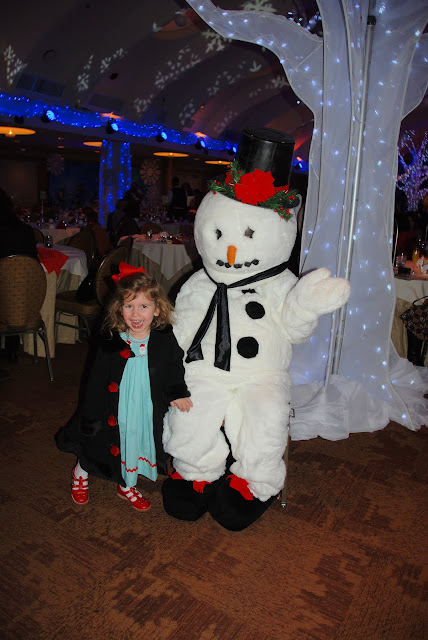 Leaving with our new teddy bears...Noah's favorite part!  All those scary costumes! 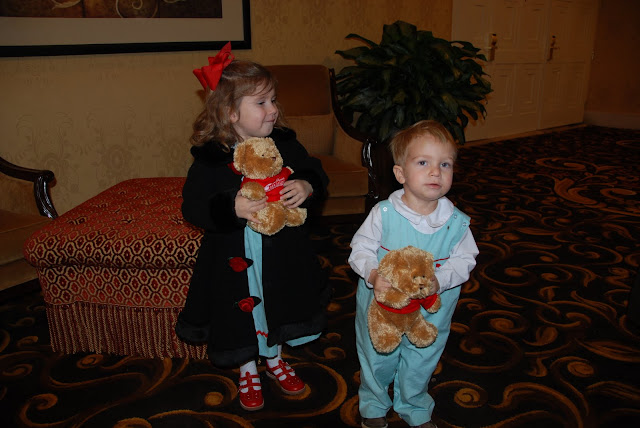 Wow! That looks like so much, and I think their outfits look adorable. I would've loved to do the Teddy Bear tea like that when I was a kid.
Have a merry Christmas!