Yesterday my Noah reached a milestone, a big one.  He pooped on the potty, for the first time.  Awesome!  He got his beloved "tree" truck that he had been eyeing at our local toy shop.  The tree truck that he had been talking about for weeks and debating as to whether or not it was worth putting his little cheeks on the toilet seat to make some poop.


Well yesterday he did and he was handsomely rewarded with this.... 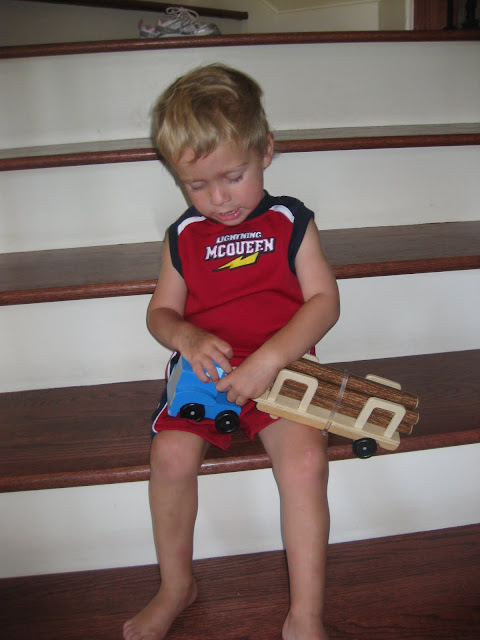 And last night as I was tucking him and his tree truck into bed, he proclaimed...."my twee twuck is my best fwiend"  and who is one to argue with that. 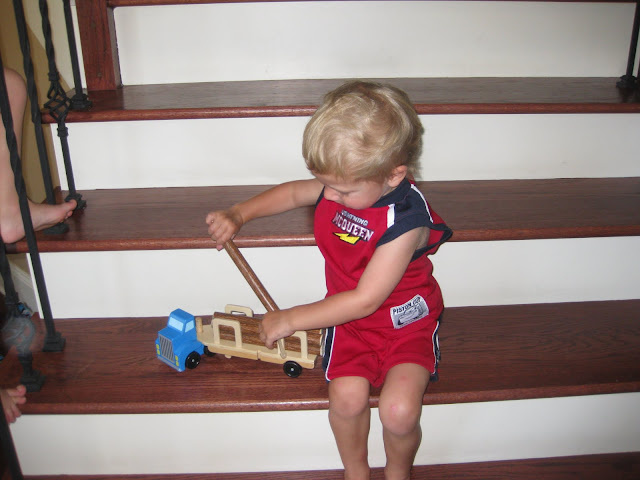 And right now that tree truck may be his best friend replacing Hiro of the Rails for the time being, but this little girl comes in at a close second.  I know because he also lets her play with the tree truck too. 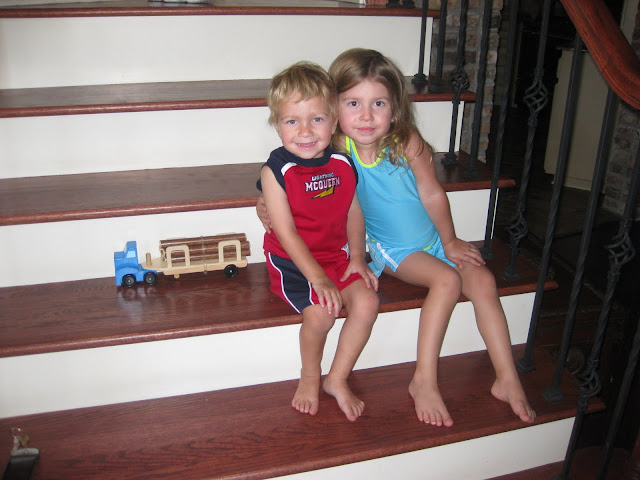 Notice I said he pooped in the potty yesterday.  Then last night he came down with an awful case of diarrhea and it has been running its course all day.  We haven't pooped in the potty since the first time.  I guess now we will now have to start all over.  And he already has his sights on a new "horse truck" to match his "twee twuck".
Posted by mandi at 10:25 PM