From guppies to goldfish!

The first two weeks of June the kids took swimming lessons.  They had 8 half hour sessions scheduled and due to the rain we made 7 of those 8 sessions.  The kids cried the first three sessions and reluctantly did what they were told and swam.  Then on the fourth session something changed and they both got in and swam without tears.  And they actually SWAM.  As in kicking their feet, moving their arms and gracefully in Meredith's case glided back and forth across the pool.


This is monumental for us.  Last year it was a fight to get Meredith into the pool with floaties.  Noah was a baby at 18 months, but he still took lessons and was indifferent.  This year though my guppies turned into little fish!  The can both swim.  Meredith can jump off and swim across the pool.  I have no fear of her  not being able to make it to the side and get herself out, of course that doesn't mean I won't be hyper vigilant with her in a pool.
Noah has absolutely no fear, tons of confidence, but his swimming skills are still not so that he could get himself out of a drowning situation.  I've had to jump in after him twice.  Both times he came up smiling and proudly announced "I'm wimming momma....I'm wimming!"  I cannot take my eyes off of him for a millisecond, because he will find his way to the deep end and be "wimming by me-self".  I have to say this new talent from my two tikes makes me very proud and swimming a whole lot more fun.  Of course their bravery also makes me a tad nervous that they may actually wander outside of their mimi's house alone and decide to go for a swim alone as well.....well let me be honest, I don't fear Meredith would do that, but I have no doubt that given the opportunity Noah would.
My bathing beauty, waiting for her lesson to begin.  She will only wear teeny bikinis at the age of 4! 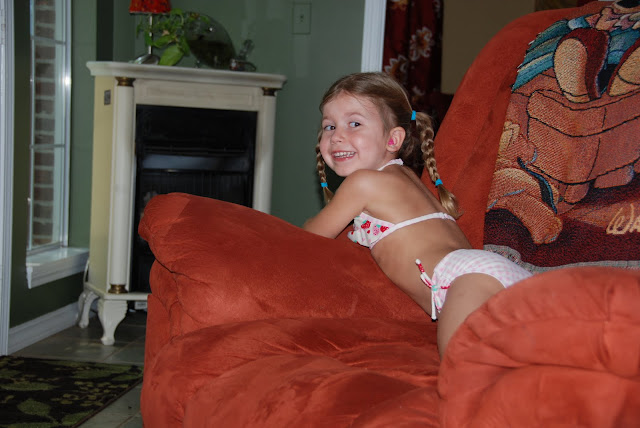 My big girl swimming across the pool. 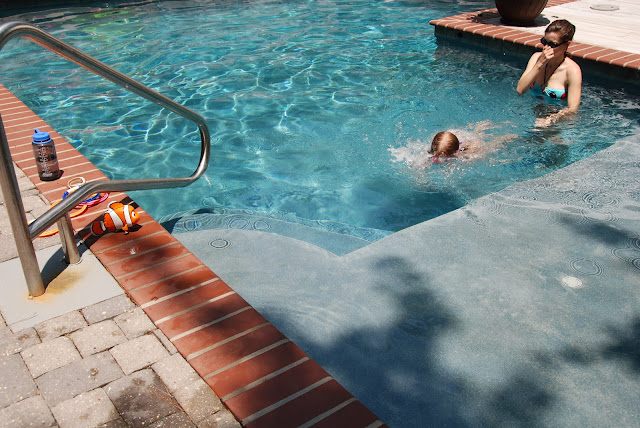 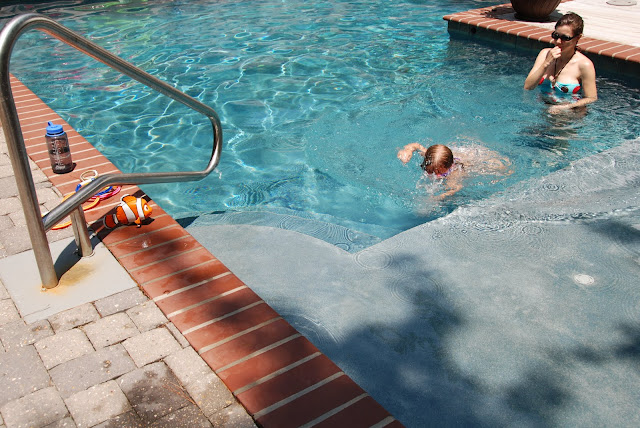 And my baby boy showing off his mad skills too! 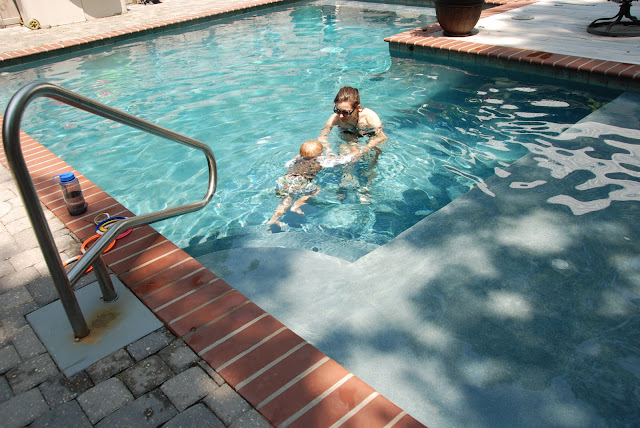 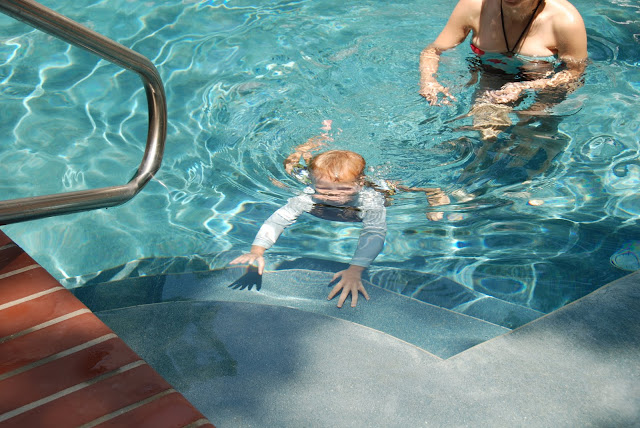