For the third year in a row here in South Mississippi, big snow flakes have again fallen from the sky.  The kids are definitely going to think this is the norm....hell what do I know maybe it is.

It started Friday night about 8:00pm.  We were having a big Christmas party at our house and the kids were at a friends house with a babysitter so we couldn't wake them up immediately to play.  When the party was over and we did go get the kids about 9pm, they were not at all interested in waking up to play in the snow.  In fact Meredith told me it was too cold and she was too tired.  Thankfully there was still plenty on the ground the next morning and they got to play in it then. 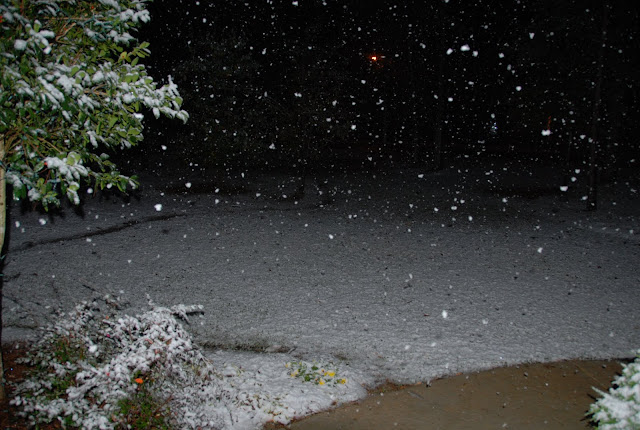 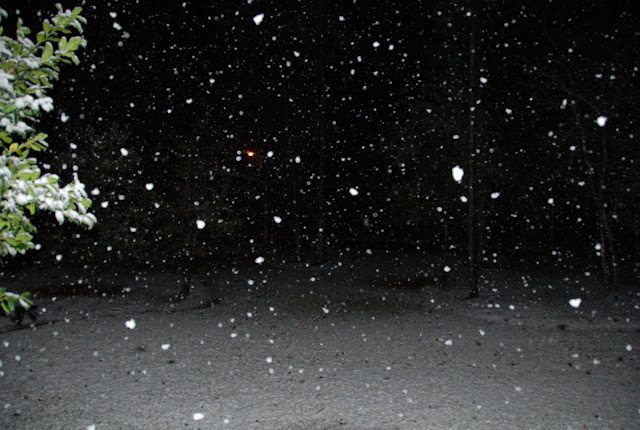 Meredith loved it, she laid right on the ground and made a beautiful snow angel. 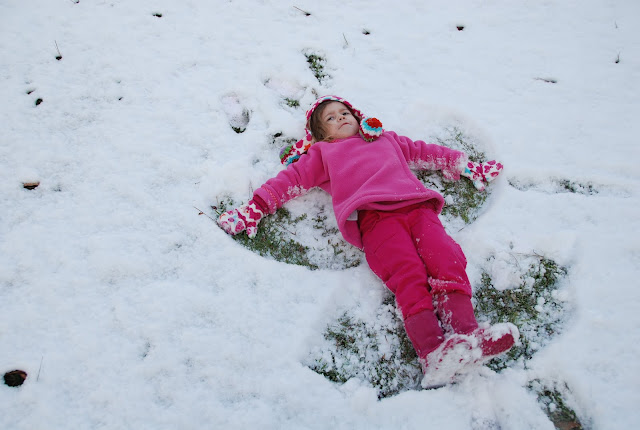 Noah was very unsure of the snow.  He would walk a little and then yell "I'm guck....momma help....I'm guck!"  Silly boy anytime his feet got covered in snow he would yell this and refuse to walk any further.  He also wore his sisters old pink boots, because he refused to wear the green john deer boots I bought for him. 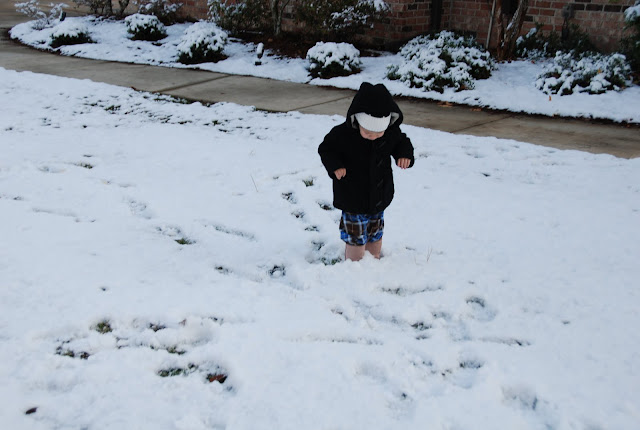 The kids loved the snow, hopefully it will snow again this year and definitely next year! 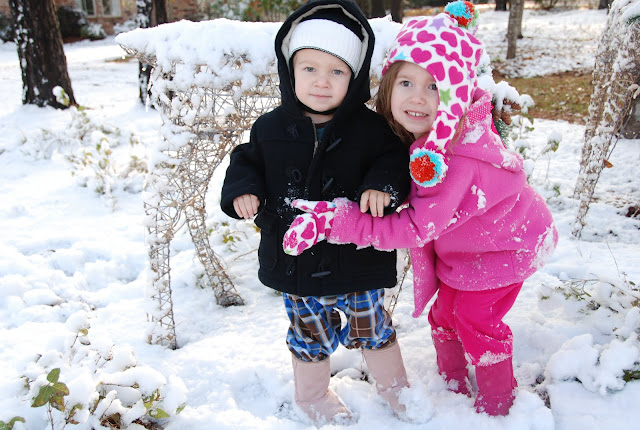 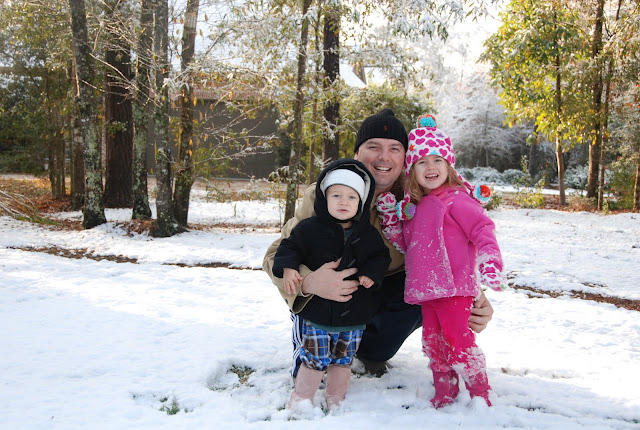