I know, I've neglected this blog.  Not the other one, because that one I'm trying to keep up with.  Not that I'm not trying to keep up with this one....it's just sometimes life gets in the way of this one.  While I want to record all the sweet memories here....like the day Noah got his new soccer cleats and fell in love with them.  Yes that was a good day.  Look at that boy's smile. 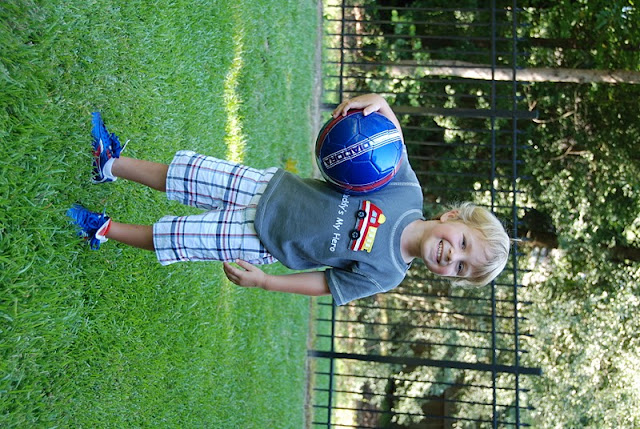 But back to what I was saying....life just gets in the way.  The days they start early and they are full.  Full of life.  I'm constantly running, typically back and forth.  To schools, practices, lessons, playdates, mommy and me, games, parties, the grocery, upstairs, downstairs and so on and so on.  You get the picture right?  I think I've stated before that three kids, is like your ass never hitting the sofa again.  It's not time to chat on the phone, or find your mind to lose....it's just one big whirlwind.  And so lately I've tried....tried being the key word....to unplug and enjoy it.  Do you know how quickly 18 years pass....trust me...I know and I know you do too.  So we have been busy making memories.  Loading everyone into the bathtub and splashing all around...... 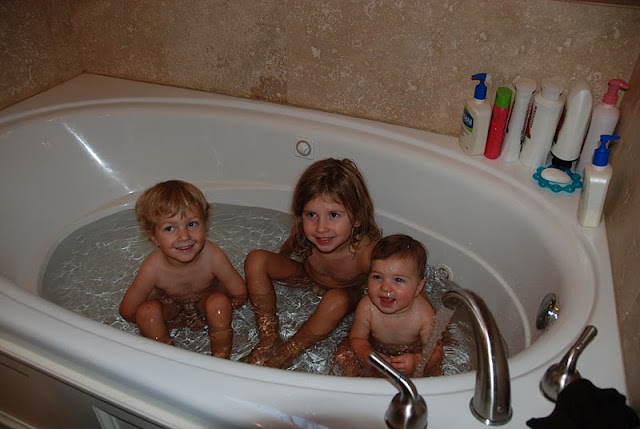 We've joined cheer squads and yelled and cheered and made new friends.  We have come out of shell a good bit and found something we love to do....and that we are good at. 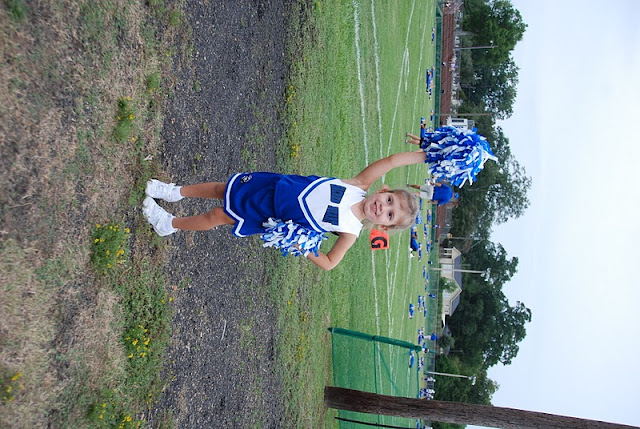 We've been busy doing homework and learning lots and lots of new things.  And asking lot of questions as little curious minds always want to know....even when their Mama's do not know the answer.  We've been making messes and  using our imagination.  We were sick and missed school already. 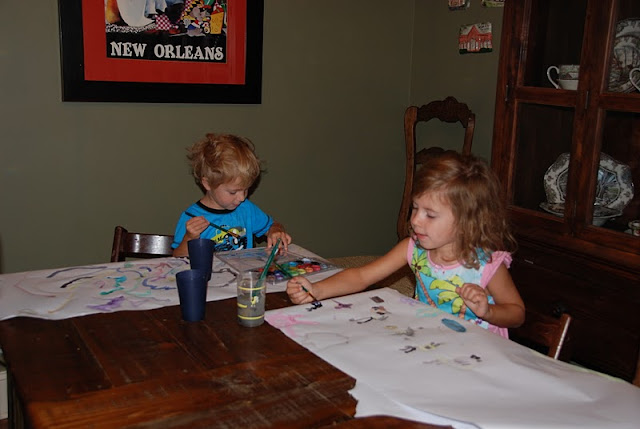 We've been exploring and playing.  Playing hard.  Laughing and smiling and learning to share.  We have gotten into things we shouldn't have....lots of things.  We have emptied drawers and cabinets and unfolded loads upon loads of laundry that Mama had just finished folding.  We have taught Mama the importance of putting laundry away immediately. 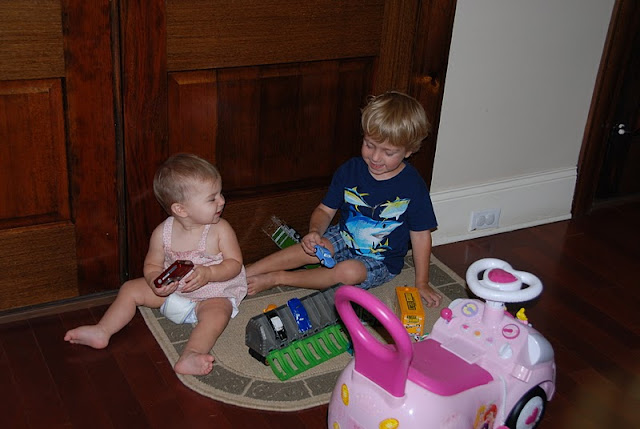 We cheered on the field at half time for our first varsity football game!  We played in the stands, we ate concession stand food.  We ran around with friends we met that night....friends we promised to run around with next time too.  We belonged to part of a team and we longed to be part of a team, making promises to do it next year.  We learned that good old fashion small town football games are some of the best kind.  We cheered even when our team was down...by a lot. 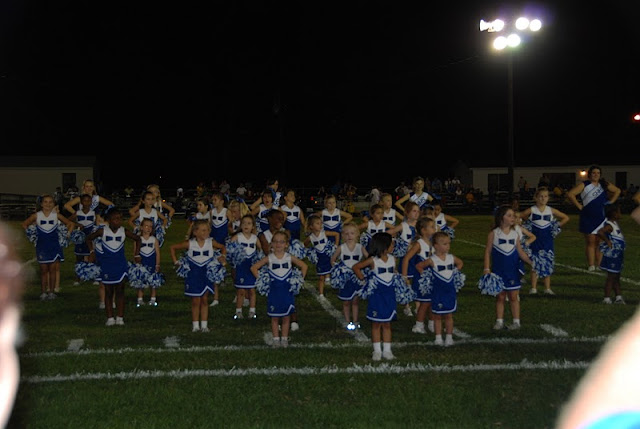 We met up with best friends for playdates that we don't see often enough.  We laughed and smiled and hugged and vowed to see each other more often.  We giggled for no reason other than giggling is fun.  We ran with the boys, we shared toys and ate hot dogs for lunch more than once. 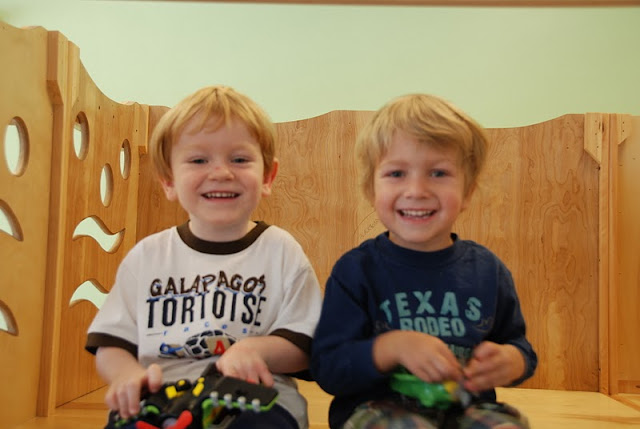 We picked out our own outfits for free dress days at school.  We rocked sparkles and learned to accessorize.  We grew up a little over night, kissing those baby days good bye.  Yearning to be bigger, while trying to promise the Mama we would stay small.  We perfected "the pose." 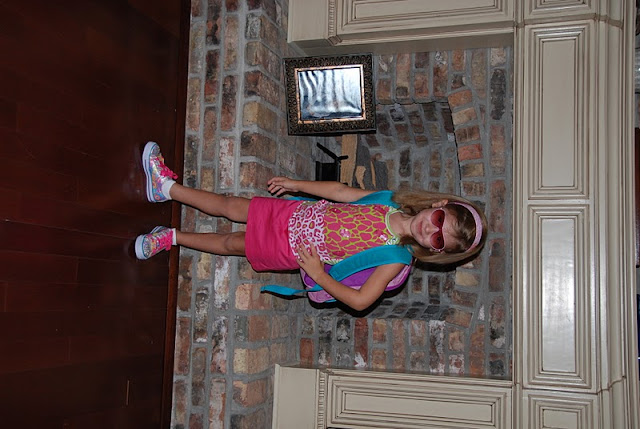 We joined a team and learned what is is to take turns.  We learned that winning doesn't even matter if you are having fun.  We learned that in order to score goals, you have to kick the ball into the net.  Our coaches were quick to realize that a 3 year old's attention span last about 3 minutes before we need a water break. 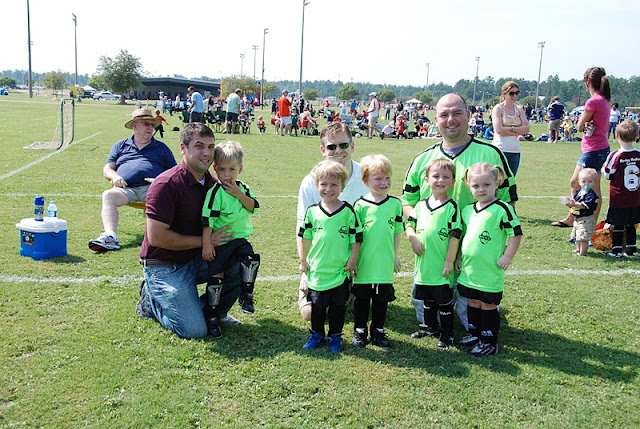 We realized that those soccer cleats really are magical and can make us do things we never thought possible.  We learned a team chant and picked a team name.  We were on a roster.  We learned that dad's really do make the best coaches and Mama's make the best fans. We found time to cut an paste and draw and do all things girly on a soccer field, and we learned that even girls are pretty good at kicking soccer balls.  We decided that next year we wanted to do that too.  We learned to walk which is why we had to be strapped in, because we learned that toddling onto a soccer field with a game in progress is not allowed.  We learned that sometimes the big sisters don't always let us play with them and their friends. 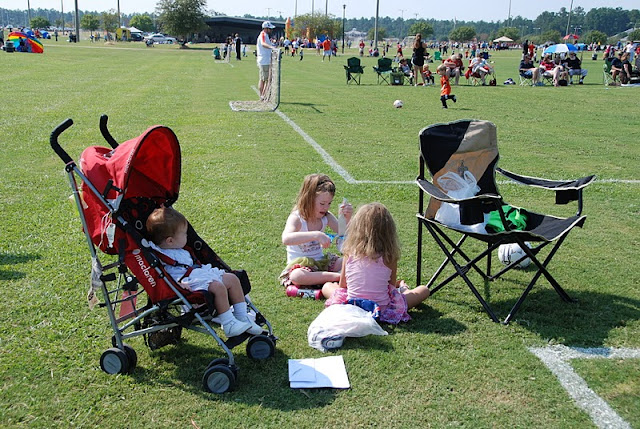 We spent the weekend with Mimi and realized that it's nice to have a break from the Mama and Daddy.  It's nice to get junk food and watch TV late at night.  We confirmed how awesome our Mimi is.. that she will brave the zoo with all three of us solo and load us up for a late evening Krispy Kreme treat.  And that after a solid weekend we can really wear the Mimi out. 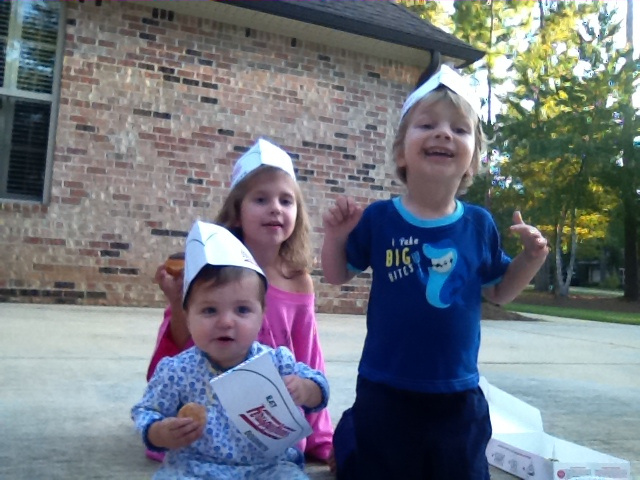 Yes we learned to walk and then to run and climb and even to jump.  We tried to lock Mama out of the room we aren't allowed to play in.  We laughed when we got caught and melted a Mama's heart with that smile...who could get mad at that sweet face. 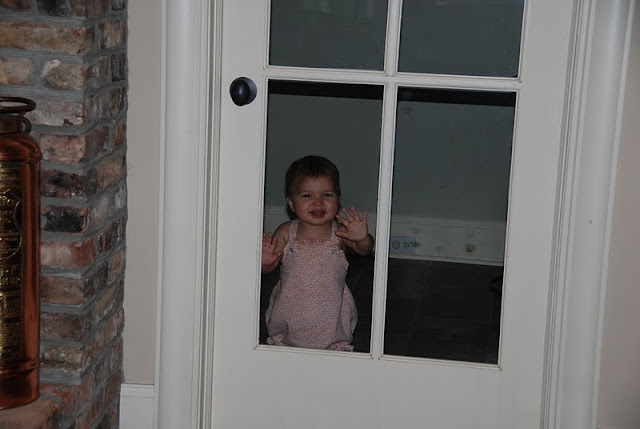 We learned it is a whole lot easier to get IN to trouble than it is to get OUT.   And that sometimes we need a Mama's help when we can't do it our-self.  We perfected the pout and realized it works just as well as the smile.  We left sticky hand prints on every surface in the house and it was okay because they are only little once...right? 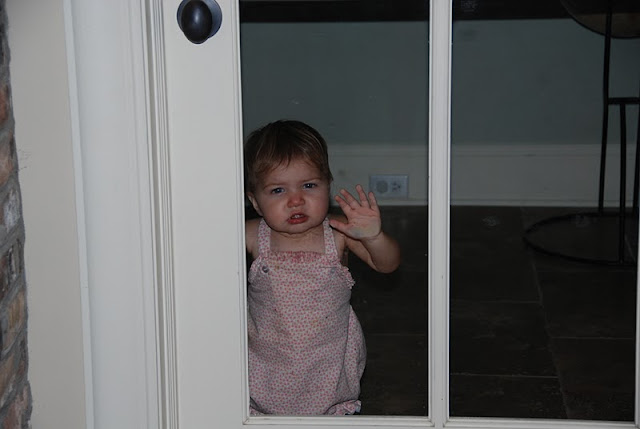 We got big boy rooms and decorated them with sharks, alligators and boats, and that by just moving things around, how different the world looks to those little eyes.  A little individual attention goes a long way and can bring big smiles to little faces and make those eyes shine a little brighter. 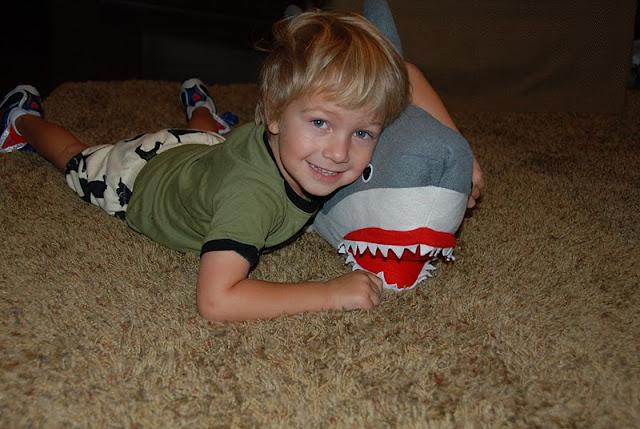 Our sweet dog had a stroke and was told she would not walk again.  We quickly learned that our four legged friend really is part of our family.  Its amazing how dogs can tolerate incredible amounts of pain without the whining that humans do.  We gave Brownie some recovery time, now she is up and walking around.  Her back left leg is not what it used to be, but she gets around.  Meredith had to learn to sleep without Brownie in her bed and we know she will no longer be going upstairs....she doesn't even try.  It's hard enough for her to get up and down the few steps to get in and out of the house.  We learned that she can't run like she used to and we have to be a whole lot more gentle with her. 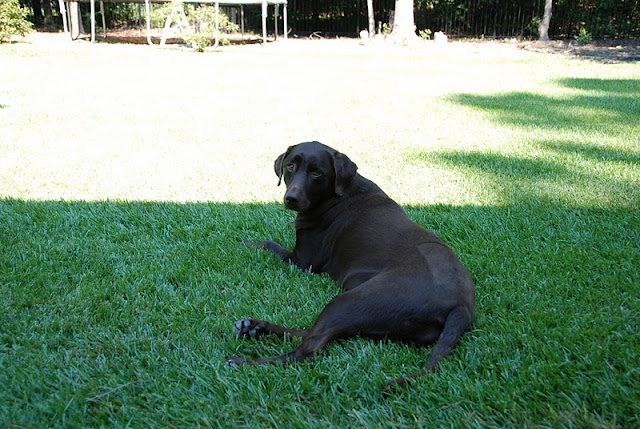 Yes, we have accomplished a lot of things in the end of the summer of 2011 and made some great memories.  What I learned most is how much I love these three little tikes.  And that how quickly they are growing and changing.  And how blessed and grateful I am.  That's where we've been.