So I immediately went into bike race planning mode.  My friend Blair planned a cute little cheerleader party for her 4 year old and had the cutest "tiger treats banner."  So I asked her to please help me get a banner for our bike race and she did.  Thank you so much Blair. I then decorated in various shades of his favorite color green!

The morning of his birthday he got a brand new, orange bike and a new helmet.  He practiced riding his new bike with pedals as we set up for the party. 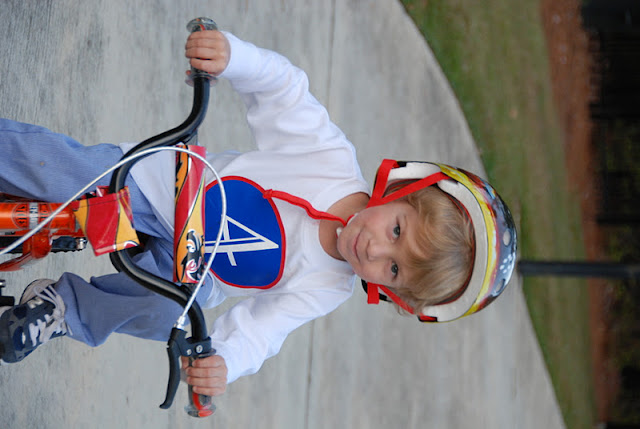 We put up his new banner and got lots of balloons and racing decorations. 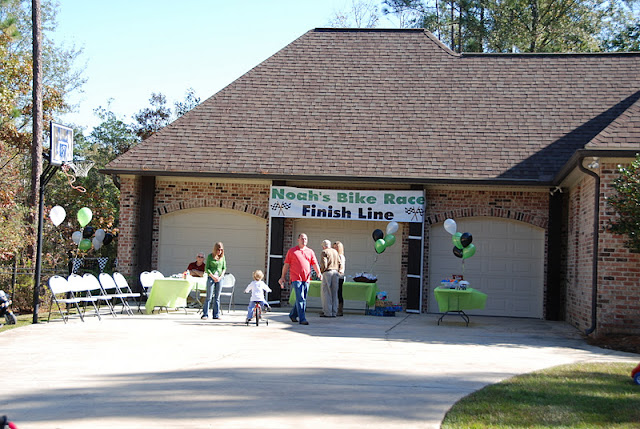 We also hung racing pennants on the treehouse and swings.  The kids had a ball playing in there. 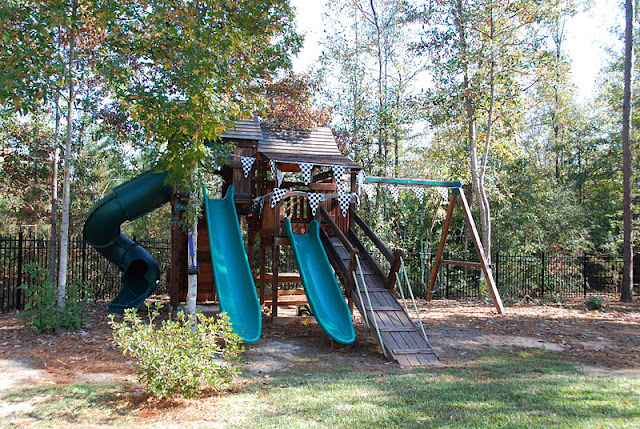 He wanted goody bags complete with his favorite things...bubbles, gum and tattoos. 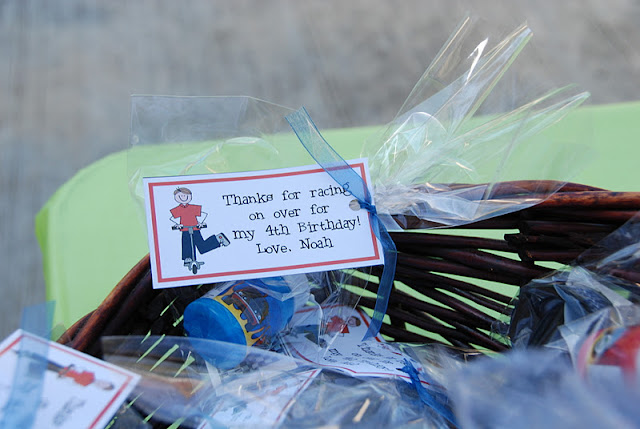 All of his friends started arriving and they all brought their bikes and helmets for the big race. 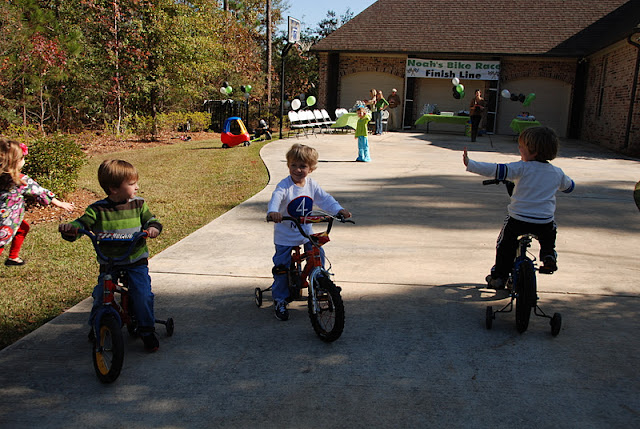 And thankfully cousin Connor made the long trek for the party too! 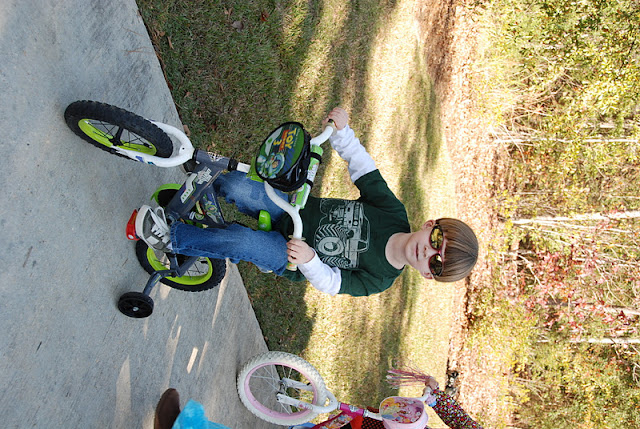 After everyone said hello and played for a little while we all lined up on the starting line.  See the white line Josh came out early and drew. 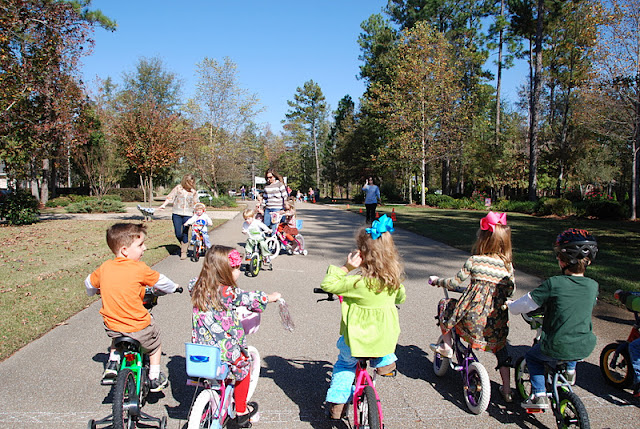 All the kids lined up for the race.  The moms were all given checkered flags to wave. 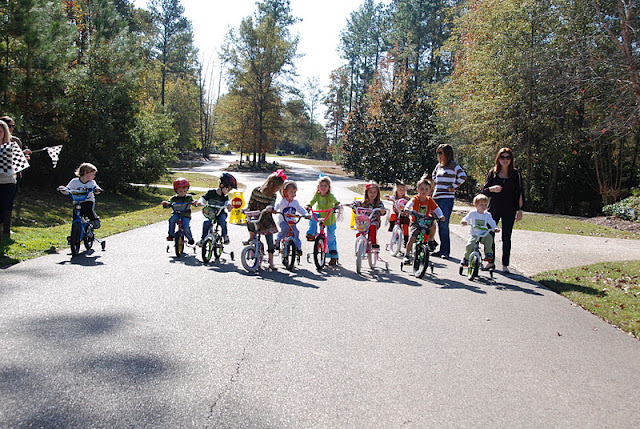 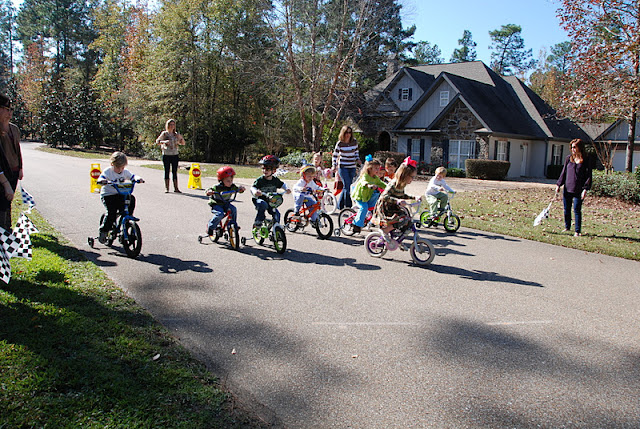 We made it clear that every child that crossed the finish line got a medal.  It wasn't a contest. 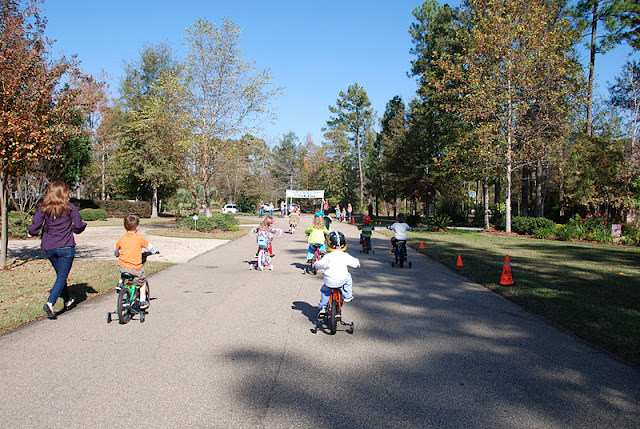 We told the kids to race under the banner and back into the driveway. 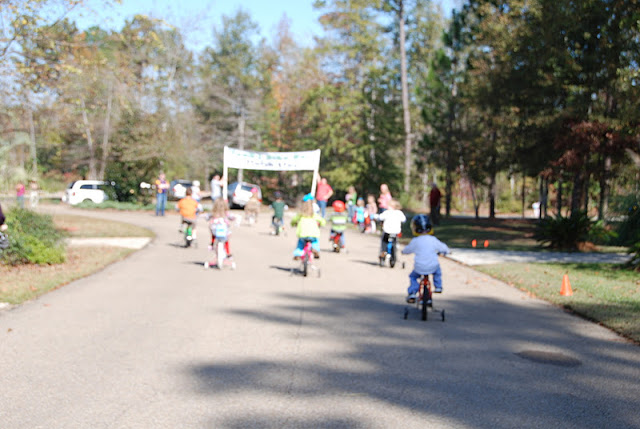 There Mimi and MeMaw handed out gold medals to everyone. 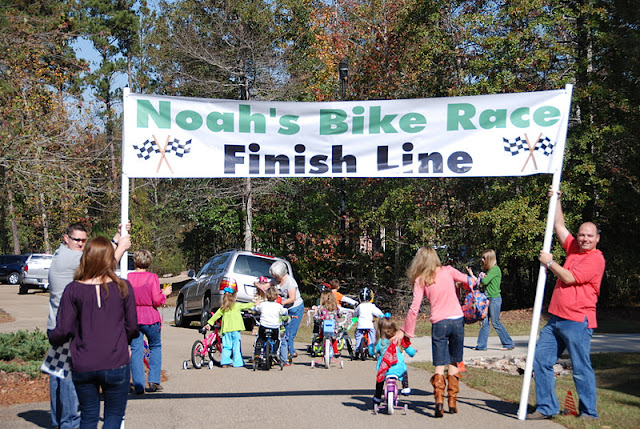 Noah was super excited that he and all his friends got them.  They were all #1! 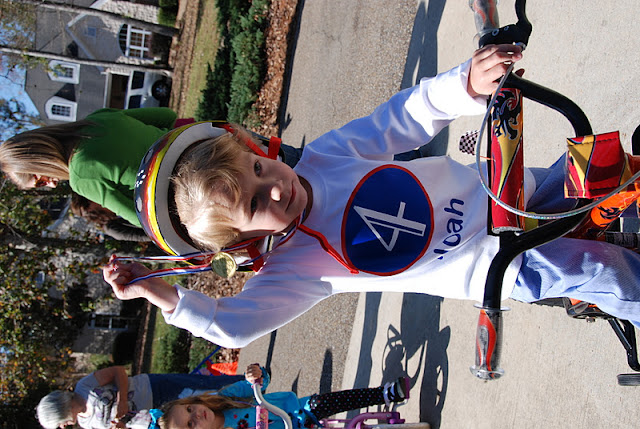 After the race we sang Happy Birthday to the Birthday Boy! 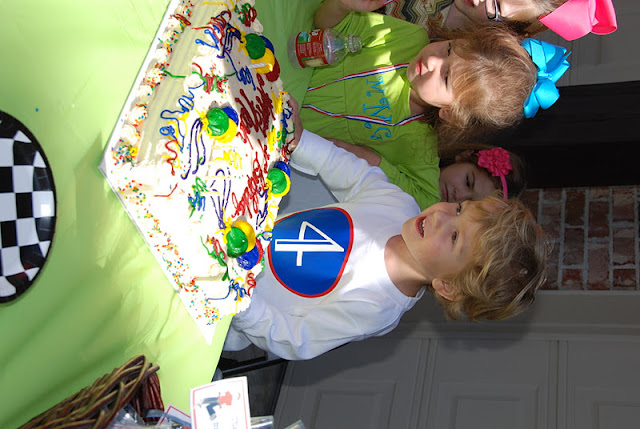 Then we played some more with all of our friends! 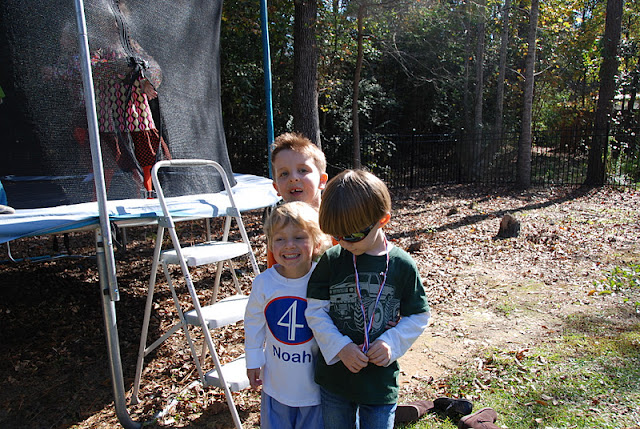 This was a super easy birthday and a fun, cute idea!  I guess it's all a 4 year old really wants!  Happy Birthday Noah man!

Email ThisBlogThis!Share to TwitterShare to FacebookShare to Pinterest
Labels: birthdays, my little noah