Every year the kids' school does an annual fundraiser called Read-a-thon.  Basically for a week the kids read as much as they possibly can, minutes counting both at school and home and then the child who reads the most minutes wins.  Well not exactly that simple....our school acknowledges the top reader in each classroom, and they also divide the competition between the lower elementary and upper elementary.  They then award the top three fundraisers for the school medals as well.

This year, read-a-thon was awesome.  Not just because of this either.'

That's right, my sweet Noah got top reader for his classroom.  He was so excited and surprised. 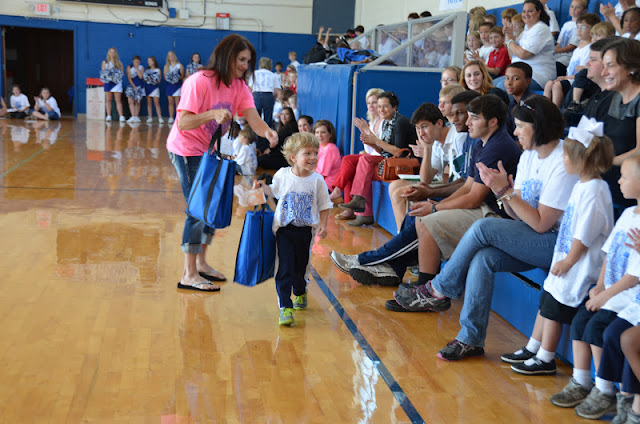 And my big girl, I know at that point she was anxiously awaiting hearing her name being called for top reader in her class.  That's all she wanted was to win.  And when we asked her what exactly she wanted to "win"?  She said she just wanted her name called at the assembly.  She wanted to be a "top reader."  And a top reader she was.  Because after they called the top readers for each class the started calling the top readers for the lower elementary.....and guess what..... 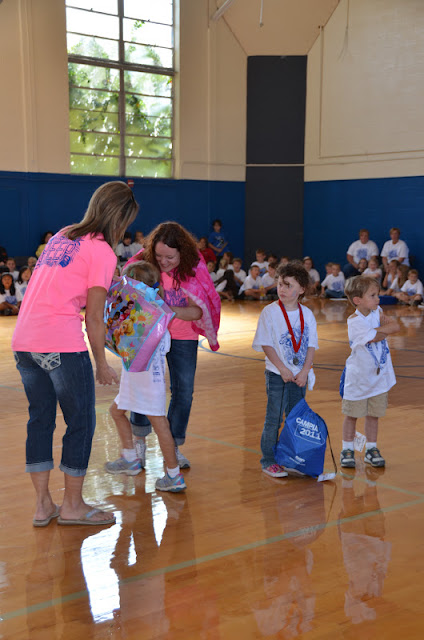 It was so aweome, not that she won, but the determination she had, and how hard she worked for it.  The child literally read during all of her free time for the week.  Who am I kidding, she's still reading during her free time. 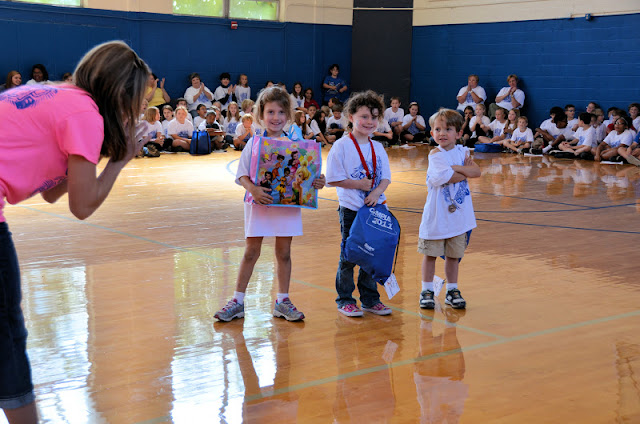 And her classroom, won the most minutes for the lower elementary and so they got an Ipad for their classroom! 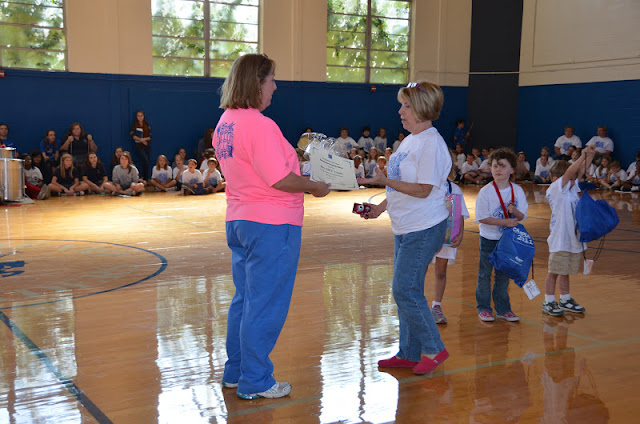 Here are the rest of the big winners! 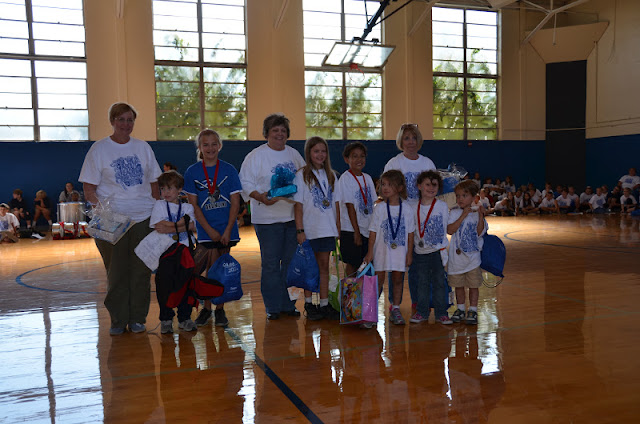 But no, that above is not the only reason read-a-thon was so awesome.  The picture below was another reason.... 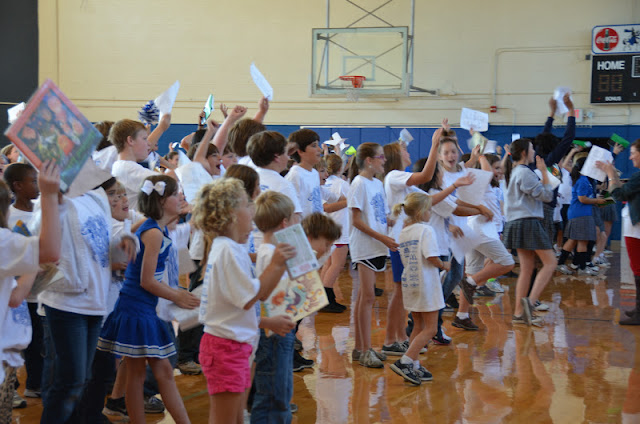 It was awesome, because our awesome parent volunteers and awesome music teacher worked on this.  Imagine the kids singing this, with drums and all.  It was AMAZING.  I am blessed to have such a great school to send the kids too.