So for Christmas, I got my husband a grill. Or to be honest I was swamped with two kiddos and told my husband I had planned on getting him a new grill, since his other (3 year old) gas grill was broke. He in turn went to the store and got himself a new gas grill, from me for Christmas. Are you following?

We were going to put the grill together in January, but then we thought about moving, so the new grill sat in a box until last weekend.

Since the house was off the market we were free to live in it again and decided we wanted to eat some ribs off the grill. So Josh spent most of the morning putting it together so he could cook on it. We then marinated the meat and went to fire up the grill. No flame. The damn thing was either broke or not hooked up right. Josh went ahead and called my dad over who looked at it with Josh and it was apparent that it was connected correctly. So they literally threw it in the back of the truck and took it back to the store 6 months later and returned it.

After that Josh saw the error of his ways with a gas grill and decided to go after a Big Green Egg.

My dad has been having one for awhile and has always tried to sell my propane loving husband on them. However Josh was never convinced. But after having to very expensive gas grills break for no apparent reason - he decided charcoal and the egg were the way to go.

It looks like next week we will be feeding our entire neighborhood, come on by if you are in the area. 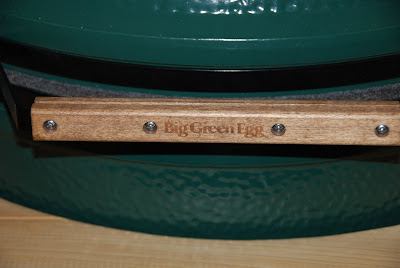 This was delivered to my garage. I tried to convince the 3 men it took to get it out of the truck and into my garage to get it to my back porch. Since I had no cash and the only way to get the 250+lb egg to the back porch was through my house on my very $$ wood floors, they opted not too. Oh well, now Josh needs to find someone to help him transport his egg..... wonder if our new neighbors want to come for dinner? 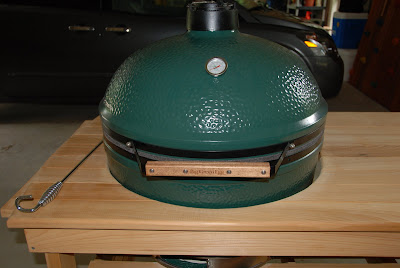 The egg and the table, yes we got a table too. It should be covered in 14karat gold in my opinion for what they charge. 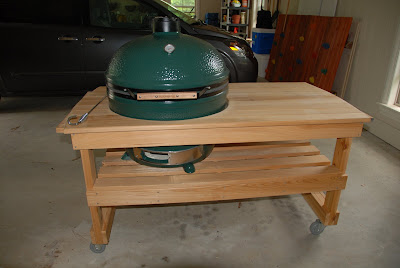 The damn thing is massive! 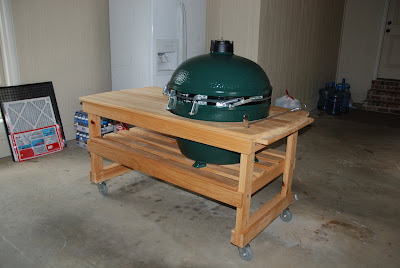 Who is coming for dinner? 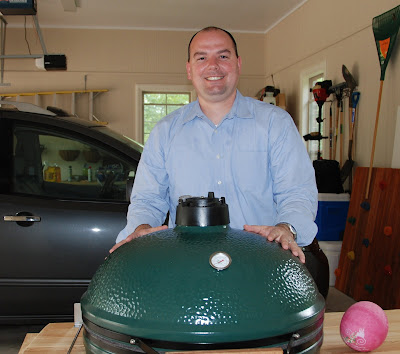 Email ThisBlogThis!Share to TwitterShare to FacebookShare to Pinterest
Labels: boys and their toys, my sweet husband

that is one BIG egg Josh! That thing's gonna take up a lot of room on the porch... Mandi might need to build a deck ;)

I'm sure Jeremy will help you move the egg in exchange for a burger!

Goodness! That thing is huge, but my mouth is watering with the possibilities...