Big Sisters are the best....Little sisters can be a pest

Margoth thinks her big sister is the best.  She does.  She LOVES her some Meredith.  When Meredith gets home from school she squeals in delight.  She also gives her great big bear hugs and lots of kisses.  Her brother sometimes gets jealous from all the attention his big sister gets, but Noah and Margot have that love/hate thing going on and are constantly battling for the attention

But there is just something about having a sister.  When Margot gets the opportunity to crawl freely upstairs she often high tails it to her sister's room.  She doesn't get to do this too often, because we have 17 stairs with no baby gate at the top. .....Note to self --- take care of that soon.  Once she is in her sister's room she is as happy as a pig in mud.  She likes to touch all her sister's toys, sometimes eating them, she likes to pull clothes off the shelves and things off the night stand.  She loves messing everything up as Meredith would say.....much to her dismay.

On this particular day, Meredith was in her room playing with her smurfs on her bed.  Margot hasn't mastered climbing up there yet, so that is Meredith's safe zone when the little monster is in her room.  Luckily, there were plenty of other things to entertain Miss Priss.. for instance her sister's underwear drawer.

Yes she grabbed all the panties and started putting them on her own head like a hat, she then drapped some tights over her shoulders like a shawl.  A very fancy shawl indeed.  She placed a few more panties around her arms like bracelets.  She's very stylish. 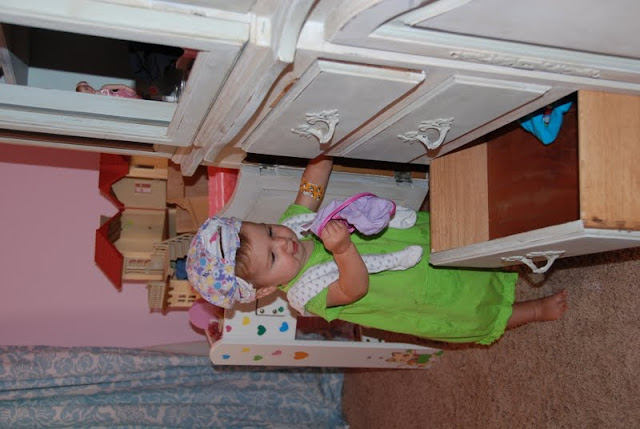 And I know you maybe thinking....well how the hell did that baby get those panties on her head by herself....NO WAY.  This is the child that can open a pouch of fruit snacks by herself.  I also confess we often put diapers and such on her head like hats....she likes it....and she's used to it.  As you can see she has multiple pairs on that head of hers. 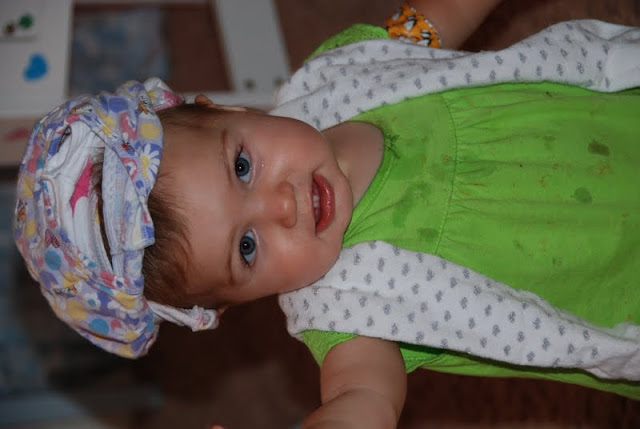 Once she had satisfactorily gone through the drawers, she started rummaging through the cabinets.  All the while, my five year old is saying "Mom are watching her....Mom she going to break something!"  The adoring sister thing doesn't always go both ways. 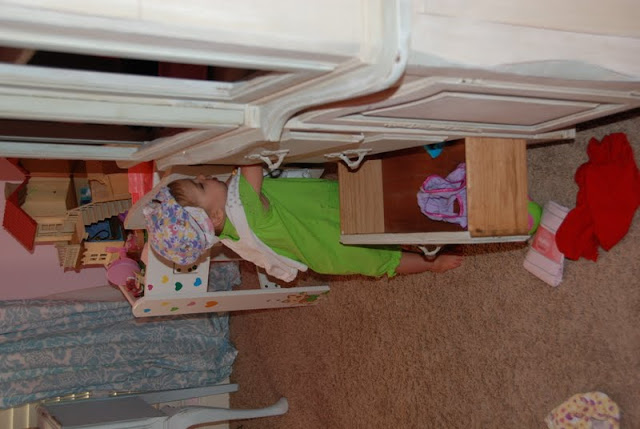 The best thing about Meredith's room is there are lots of drawers and lots of new things to get into. 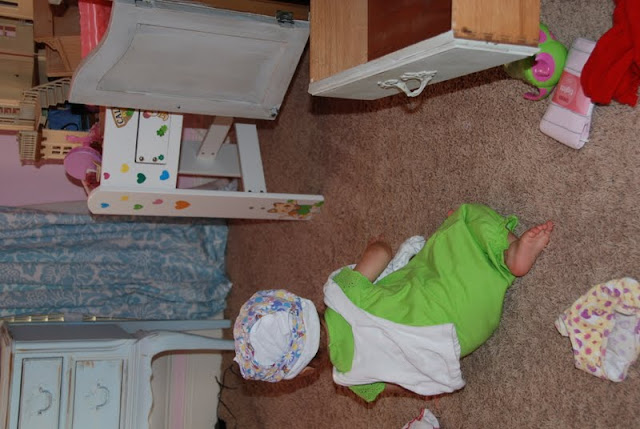 The calico critter house is her absolute favorite though, because those furry little animals taste so incredibly sweet.  And occasionally she will play with them too! 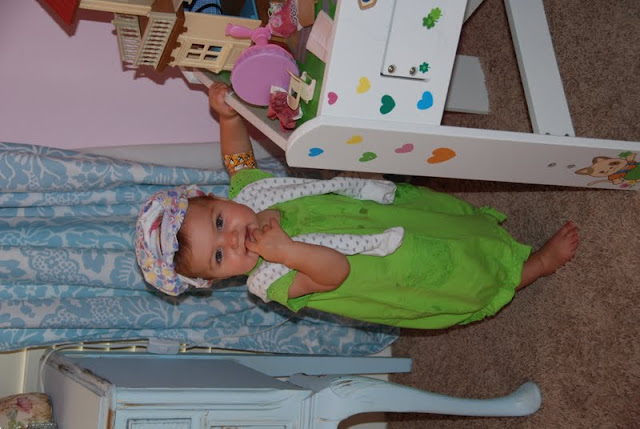 Email ThisBlogThis!Share to TwitterShare to FacebookShare to Pinterest
Labels: all things Margot, sisters, the cabo

SOOOO cute! I love your writing style! You should so do a monthly mommy column in the paper! You have such a way of writing with a humor flair but yet so endearing that readers can relate to!!